Los Angeles-based production company Bueno Films has signed director Jeffrey DeChausse to its roster. DeChausse's work includes commercial and documentary projects for clients such as Apple, Visa, Lexus, and Toyota. He recently completed American Auto, a documentary that will hit the film festival circuit this year. His work has won gold, silver and bronze awards at events including the One show, the ADDYs, Cannes International Advertising Festival, the CLIO Awards, New York Art Directors Club and Communication Arts Advertising Annual. 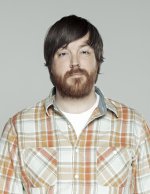 Executive producer Amy Lazarus has signed with New York-based Wild(child) Editorial. Lazarus has been freelance for the past three years working for cutting houses including Beast, Company X, Consulate, NO6, Homestead, Cut and Run, Lost Planet and Jump. Earlier in her career, she had a ten-year stint at Mad River Post, followed by a position at BlueRock as executive producer. She has worked on spots for brands such as Pantene, T.J. Maxx, Marshalls and Clairol and Dunkin' Donuts.

Fitch has opened a new studio in Minneapolis, the fourth location in North America for the design firm, and the twelfth globally. The studio, which will service Minneapolis based clients such as Target, Buffalo Wild Wings and Best Buy, will be headed up by client director Char Roseblade (second from left) and creative director Jay Highland (far left). Roseblade has served in senior roles at Carmichael Lynch, BBH London, and Fallon Minneapolis and London where she led accounts for Citibank, Levi Strauss, and Starbucks, among others. Highland's past clients include Mattel, T.J. Maxx, Martha Stewart, Lowe's, Kohl's, Levi Strauss and Dunkin' Donuts.

Chavo D'Emilio has been appointed as general creative director (GCD) of McCann Buenos Aires. D'Emilio arrives at McCann Buenos Aires after leading TAG, where he developed regional and global projects for the network, while also being creative director of the McCann Miami office. He will continue to carry out his regional and global responsibilities in the company as an active member of the World Creative Council. D'Emilio began his career in 1996, with Lautrec Nazca Saatchi & Saatchi. He went on to work at Del Campo Nazca Saatchi & Saatchi, after a brief period with Publicis Buenos Aires and Leo Burnett Chile, before joining McCann Argentina. His awards include five Gold Lions at the Cannes Festival; 17 Clios; eight Soles de Iberoamdrica; one Yellow Pencil and the Grand Prix of the Circle of Argentine Creatives. In 2005, he made his directing debut on 'La Despedida', his first full-length feature film, selected by the Havana International Film Festival. 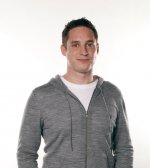