Carmichael Lynch, the Minneapolis agency, has appointed two new executive creative directors, succeeding Jim Nelson who becomes chief creative officer. Damman (left) who joins from Fallon, will work on clients including the newly-won Rubbermaid and FirstEnergy accounts. Randy Hughes has been with Carmichael Lynch for 10 years and is the originator of the agency's Love campaign for Subaru, an account he will continue leading. 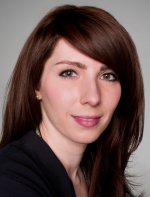 Darling Agency, New York, has promoted Kelly Zuk to president, a new position. She will be responsible for all client relations, for day-to-day operations, and will also retain her previous duties as creative director. The move frees CEO/founder Jeroen Bours to focus on new business. Zuk, 26 joined Darling at its launch, in 2009, as copywriter.