Caviar has signed Alex Stapleton to its roster of directors. Stapleton has worked with several brands the crossover advertising-documentary world, inculding Levi's, Proctor & Gamble, Yahoo, and Nike. Her latest work includes Yahoo and P&G documentary series "Raising an Olympian" for their support of the Olympic games. She has also directed "Outside In: The Story of Art in the Streets," a film commissioned by Levi's about the street art and graffiti exhibit Art In The Streets at MOCA Los Angeles. . She has just completed her feature directorial debut of Corman's World: Exploits of a Hollywood Rebel, which follows the life and influence of Hollywood icon Roger Corman. 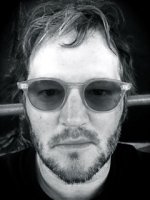 B-Reel Commercials has appointed Bryan Farhy as executive producer / head of sales. Most recently EP/head of sales for Believe Media, Farhy's previous roles include head of sales in the U.S. for Stink and EP/director of Marketing for RSA USA. He has spent six years in New York and nine in LA during his 15 year career. Farhy is also the founder of the Fireflies West bicycle ride, benefiting Leukemia research at the City of Hope Hospital,which will this year depart San Francisco on September 14, and arrive into Los Angeles on September 19, with 97 riders from agencies and production companies.

Creative group Zeitguised has signed with Stink London. The group was established in 2001 by American sculptor Jamie Raap and German architect Henrik Mauler, and has worked on spots for brands such as Mercedes Benz, Toyota and MTV. Their work has also been selected for exhibitions in galleries and art shows including Volta New York and the Museum of Contemporary Art in Barcelona. Their latest piece, 'Hyper Trophies', is a collaboration with Berlin fashion label Franzius and will premier at the Stink pop up gallery during Gallery weekend in Berlin 2012.

Stephen Douglas has joined Prodigy as executive producer for New Zealand and Asia. Douglas (pictured, right, with Prodigy's Jonathan Samway and Nerissa Kavanagh) was previously executive producer at Australasian post-production house. Prior to that he was general manager at Digipost in Auckland, developing their international TVC work, and before that GM at Film Construction. Prodigy will re-open with new premises in Auckland, and further appointments and signings will be announced shortly. 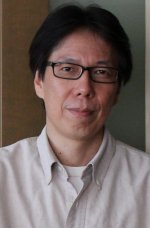 Leo Burnett Group Singapore has appointed Ted Lim as chief creative officer. Lim was with Naga DDB in Malaysia for two decades, working on clients including Panasonic, Tourism Malaysia, Carlsberg and BMW, before leaving to start his own marketing communications agency Wanted. There he worked with clients, creative, digital, design, media and production agencies in Kuala Lumpur, Shanghai and Sydney. Lim has chaired and judged advertising award shows in New York, London, Sydney, Tokyo and Istanbul.

Holiday Films has added director Keith Rivers to its roster for Canadian representation. He has directed films for clients such as Chevrolet, Volvo, Microsoft, Pepsi, Amazon, World Vision and Shake Poverty. He is currently working on a project for Microsoft with UK music artist Alex Clare.