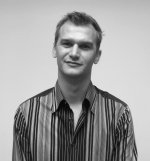 Wesnaes (left) spent six years at AKQA working on brands including Coca-Cola, Nike, Motorola, Deloitte, Kraft and Smirnoff. Prior to that he worked several years in digital shop Framfab in his native Denmark.

GOOD/Corps, the social innovation firm, has hired Jason Nichols as creative director and Maria Redin as director of strategy and innovation. Nichols, who will work alongside CD partner, Driscoll Reid, previously worked at creative shops including Saatchi & Saatchi and BWA/Chiat/Day, developing integrated campaigns for clients such as Toyota, Pepsi Refresh Project and Nike. He was also the creative lead for four years at RGA, creating digital campaigns for Nike Basketball and Nokia. Redin's experience includes leading the development of products for the MIT Media Lab and Mattel. She most recently worked as a business designer at IDEO and managed Creable, a creative design studio. 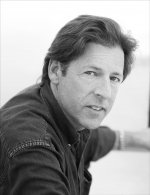 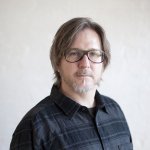 QuietMan has added Anthony Ferrara to its creative collective. Ferrara, who has spent the past several months freelancing at QuietMan, will join the staff full time after working on jobs including a graffiti-inspired promo for American Express featuring Coldplay. Prior to joining QuietMan, where will work as co-creative director alongside Johnnie Semerad, Ferrara worked and freelanced as a graphics artist, animator and designer at Bikini Editorial, MD Designs, and Fearless Management/Fearless Productions. His spot work includes an online video and ad campaign for Bode.