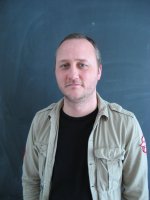 Richardson (left) will be responsible for the creative and technological excellence of all of the agency's digital output. He joins from 180 Amsterdam, where he was executive creative technology director working on Adidas and DHL, among others. Prior to that, he was a creative technical director at de-construct and R/GA. His resume includes a Webby Award and a gold at the Cannes Lions, and he has also had 100 articles published for Practical Web Projects and Web Designer Magazine.

Gregg Singer has joined New York music production company Propeller Music Group, as new business development director/executive producer. Singer was previously the executive producer of Sound Lounge Radio and RadioFace in NY and before that had a 14-year stint in agencies, at JWT, Bozell/Eskew, BBDO, and Kirshenbaum Bond+Partners.