Crispin Porter & Bogusky has hired Ben Smith as ACD and Becca Schepps (l) as a senior copywriter. Both will work out of the shop's Boulder office. Smith was previously a CD at R/GA in New York, where he worked on MasterCard International, Verizon, Converse, and Nike, among others. He has also worked at Droga 5 and Lowe in Sydney. Scepps also comes from R/GA, where she worked on McCormick and Old Bay among other accounts. She has also spent time at Saatchi & Saatchi and Lowe New York. 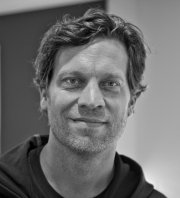 Mike Roe has rejoined Energy BBDO as an ECD. Roe, who spent time most recently at McGarryBowen, worked at Energy BBDO for years earlier, starting in 2004 and leaving the shop in 2012. He was a GCD on Wrigley and Dial, and in his new role, will report to CCO Dan Fietsam.

Marty Senn has joined Carmichael Lynch in Minneapolis as an ECD. Senn comes from San Francisco's Goodby, Silverstein & Partners, and has also spent time at Fallon's New York and London offices. He has done campaigns for clients including Brawny, Virgin Mobile, the NBA and Google.

Wieden & Kennedy Amsterdam has made a number of new hires. Genevieve Hoey (pictured), Fred Rodwell and Andrew Parsons all join the agency's creative department, while Andrew Allen is added to the shop's digital production department. Creative director Hoey was previously at BSUR Amsterdam, where she led work on MINI. She has also worked as a creative group head at M&C Saatchi in Sydney. Creative duo Rodwell and Parsons, who met through the D&AD talent pool, join from VCCP, while Allen, who will be the agency's digital production director, was most recently EP at Rens. He was also previously interactive producer at Droga5 NY, where he worked on the "Decode Jay-Z" campaign.

Backyard has added Emily Malito as head of production. Malito joins the studio after five years at GO Film, where she worked on traditional television spots, teasers for shows like "House of Lies," and produced PBS interviews with figures like Hillary Clinton, Eliot Spitzer and Mario Cuomo. 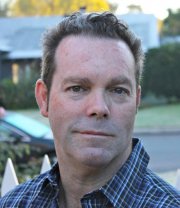 Music and sound company Yessian has added Dave Curtin as its West Coast EP. Curtin has worked on projects for LL Cool J and Diplo, connecting the artists to brands like Gatorade and Turkcell, respective. He has also done work for companies including Toyota, Nokia and EA Sports, and worked with shops like Crispin Porter & Bogusky, Wieden & Kennedy and TBWA/Chiat/Day. Before joining Yessian, he worked with Hum Music & Sound Design, and WMG's Rhino Entertainment. He also co-founded DeepMix, where he was EP and managing director.