Rosie Arnold, creative director and partner at Bartle Bogle Hegarty, is the new president of D&AD and will oversee the organization during its 50th anniversary year. Arnold, who replaces outgoing president Sanky, started at BBH in 1983 and worked on many of its iconic Levi's campaigns of the 80s and 90s.She has subsequently overseen campaigns for Unilever, Lynx, Pretty Polly and others. She is only the second woman to be elected president of D&AD (the first being Mary Lewis, from 1994-5) and as part of her presidency, has organized a series of public President's lectures by senior women in the creative sector. These will be given in London or Manchester by Jaimie Purlman, art director at Vogue; Alexandra Taylor, the head of art at Saatchi's during the 90s and early 00s, and Patricia Moore, the sociologist and gerontologist whose studies into age and design led to her being named one of the 100 most influential women in America by ABC. 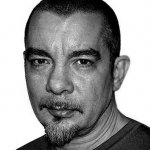 Arnold will work alongside Neville Brody, who has been voted D&AD vice president. Brody, currently Dean of the Royal College of Art, rose to prominence in the 80s as art director of The Face, before moving to Arena in 1986. He is a designer, typographer, art director, brand strategist and consultant, and his agency Research Studios has clients all over the world.

Tool has signed Alma Har'el, winner of this year's Tribeca Film Festival, to its roster to direct commercials and music videos. Her documentary Bombay Beach took the top prize at Tribeca in 2011. Other work includes the Beirut music video for Elephant Gun, which earned a VMA nomination for Best Directorial Debut, at the MVPA awards. Har'el was born in Tel Aviv, where she began her film career as a video artist, mixing live video content for concerts around Europe. 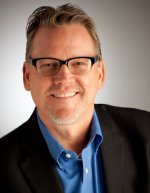 Curt Doty has joined creative consultancy Bemis Balkind as GM and as executive creative director, Digital. His role will be to spearhead the agency's newly expanded Digital Group as it moves into the areas of digital content, advertising, and distribution. Before joining Bemis Balkind, Doty had been president of Trailer Park's Advanced Content Group, which he also founded. Doty becomes the third executive creative director with Bemis Balkind, along with Charles Reimers, formerly one of the founders of Crew Creative, and Kishan Muthucumaru, formerly of 30 Sixty Advertising. Bemis Balkind has designed and implemented campaigns for movies including Tim Burton's Alice in Wonderland 3D, Slumdog Millionaire, Black Swan, Bad Teacher and Shrek.