Andy Garcia has signed with Dark Light Pictures for representation as a commercial director. Garcia, best known as an actor in films such as Ocean's Eleven, has directed a campaign for Whirlpool and Buenos Aires agency Madre that will air across Latin America and South America. Garcia also acts in the commercials, playing all of the parts. In addition to his acting work, Garcia has a number of credits as a director in television and film, including 2005's The Lost City. 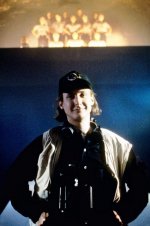 Director Tom De Cerchio and his production company, Incubator, have joined bi-coastal production and post production company Original. De Cerchio has been directing via Incubator since 2002 for brands such as Sony, Burger King, Kia, Bud Light and Renault, with notable work including Limo for Bud Light. In his first project with Original, he has directed a multi-spot package for game-maker Spinmaster and its titles Logo and Quelf. De Cerchio began his career as a creative with TBWA/Chiat/Day and has also directed and screenwritten feature films. His credits as director include Celtic Pride, starring Damon Wayans and Dan Aykroyd, and short film Nunzio's Second Cousin. 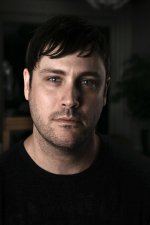 Venables Bell & Partners has hired Cris Logan as design director and promoted Lee Einhorn from associate creative director to creative director. Logan, who will work alongside fellow design director Blake Bakken, most recently worked at Goodby, Silverstein & Partners for five years, serving as an art director for clients such as Hyundai, Comcast, Netflix, Häagen-Dazs, Quaker Oats and PepsiCo. He also spent time at McCann and at branding firm Landor Associates, and is a founding partner and creative director of Rise, a fashion label designed specifically for poker players. 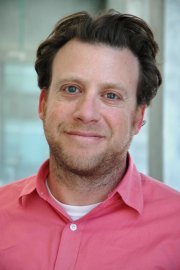 Einhorn joined the agency in January 2010, and has worked on Barclays, Orville Redenbacher's, CLEAR and eBay. Before coming to VB&P, Lee worked at Rabbit Content, where he was a director and creative director, and prior to that created short films and online content for entertainment startup Blowtorch as creative director. He began his career at agencies Publicis & Hal Riney and Arnold.

Brooklyn-based agency Big Spaceship has appointed Mike Kenny (left) to its production team as a producer. Kenny previously held project manager positions at both the New York and San Francisco offices of AKQA, and he worked as a digital producer at Droga5. The agency has also promoted Sabah Kosoy from producer to senior producer, and Nooka Jones to producer from his previous role as associate producer. Kosoy joined Big Spaceship in 2007, having previously worked as a developer/production artist at Renegade Marketing Group. Jones began his career as a designer and project manager at SCVNGR in Boston.