The Directors' Bureau has added David Altobelli to its roster. Altobelli, who will be represented by executive producers Melissa Culligan and Cayce Cole for commercials, and Sue Yeon Ahn for music videos, has directed music videos for artists such as Cults, The Belle Brigade, Hammock, Sia, and Philip Selway. Most recently, he teamed up with Karen O from the Yeah YeahYeahs on short film Abandoned, created on behalf of Farm Aid and the Chipotle Cultivate Foundation. He is also collaborating with composer Keith Kenniff on behalf of 55DSL on another short film. 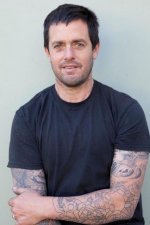 Original has signed director/cameraman Mark Dektor for exclusive representation in the United States. Dektor has been directing for twelve years, and was a director of photography prior to that. His credits include American Express, Dove, Suave and Fisher Price, and much of his work involves real people, often in testimonial or documentary style scenarios. His work has also included a segment of a ten minute film in support of Chicago's bid for the 2016 Olympics, through Ogilvy & Mather. 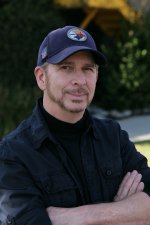 David Garber has joined international visual effects company Pixomondo as executive producer of Motion Graphics. He will head up the newly formed design division in the Los Angeles office, one of Pixomondo's 11 studios worldwide, focusing on the creation of main titles and graphics for feature films and commercials as well as mixed media projects and graphic VFX. Garber was previously the executive producer and head of production at Rok!t Studio where he oversaw the design and creation of main title sequences, promos and trailers along with graphic effects for feature films, television and commercials. He has also held producing positions at yu+Co; Framework Studio, Creative Domain; Kaleidoscope; Pittard, Sullivan, Fitzgerald; and Universal Studios.


Director/editor Robert Stockwell has joined Chicago-based Foundation Content after four years at Draftfcb. Stockwell has edited spots for Kmart, Boeing, Taco Bell, Dow, Volkswagen and Sharpie as well as an installment in the consciousness-raising 'It Gets Better' campaign and a tribute to victims of the 9/11 tragedy on behalf of DFCB client Boeing. Stockwell is currently editing a web spot for Sears apparel and has also worked on a social media spot for Music Box Films.