DraftFCB has named Tom O'Keefe to the newly created role of North American ECD. O'Keefe, who has spent nearly two decades at the agency, was previously an ECD overseeing Chicago and the West Coast. His past work includes Taco Bell's "Think Outside the Bun" campaign and projects for Amazon.com, Coors, Quaker Oats, EA, Levi's and more.

Park Pictures beefs up its roster with another director/DP talent, Ellen Kuras. Kuras shot and directed the Academy Award-nominated film Nerakhoon and has also collaborated as a cinematographer with directors like Spike Lee, Sam Mendes and Michel Gondry, on films like Eternal Sunshine of the Spotless Mind, Be Kind Rewind, Bamboozled and Away We Go. 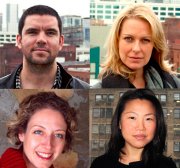 AKQA has appointed four new creatives to its U.S. Offices. Tom Zukoski will be the associate creative director on Xbox out of San Francisco. He hails from Crispin, Porter + Bogusky, where he worked on VW, BK and Microsoft; Kristina Slade moves from TBWA/Chiat/Day to become CD on the Target account; Piper Lemons, formerly of Olson and Company, joins as Interaction Design Director on Target and XBox, and Jung Yi Sin joins the company's New York office as senior interaction designer on Sprite and Motorola, after working at Attik and CBS Interactive. 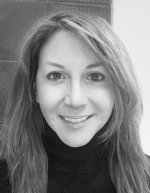 R/GA has appointed Liz Jarvis to head digital production as executive producer on Nokia out of its London office. She previously worked out of the company's New York headquarters. 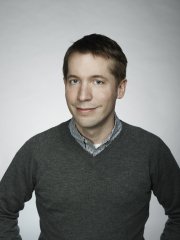