Draftfcb New York has named Darren Moran its new EVP/chief creative officer. Moran will start his new role on October 18. Most recently, he served as SVP/global creative director at Y&R, overseeing accounts like LG, Xerox, Chevron, AT&T, Bacardi, Cellular South, MTV and Colgate. Moran was also instrumental to many of the agency's new biz wins over the last five years. Prior to Y&R, Moran worked at BBDO from 1990-1997, last serving as senior copywriter.

Designer Eddie Opara, whose CV boasts a range of work spanning from interactive and graphic design to strategy and technology will be joining the Pentagram New York office as partner on October 1. He brings with him his award-winning team from The Map Office, the NY studio he founded in 2005. 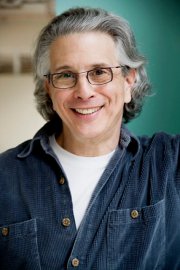 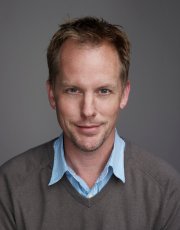 Tom Wright has joined agencytwofifteen as director of integrated production. Wright is an industry vet who has worked in senior staff and freelance positions at shops like Wieden + Kennedy and Cutwater. He most recently worked as executive producer of Rabbit, North America, where he focused on content production, IP development and cross platform strategy for campaigns in emerging, social and traditional media. He also served as senior vice president, director of integrated production at Publicis & Hal Riney from 2003 to 2007. 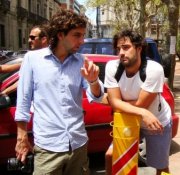 Directing duo Nico + Martin aka Nicolas Perez Veiga and Martin Kalina, have joined the roster of Little Minx. The pair is perhaps best known for the multiawarded Andes "Teletransporter," out of Del Campo Nazca Saatchi & Saatchi B.A., which earned an outdoor Grand Prix in Cannes. Both Nico and Martin graduated with film degrees from Universidad Del Cine Buenos Aires in 2000 and have since gone on to shoot spots for Axe, Rexona, Cadbury, Sprite, Caso Do Manor, MTV and HSBC, out of Argentine agencies like Ponce, BBDO and Del Campo Nazca. 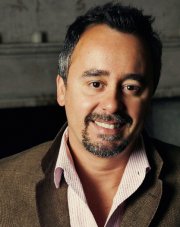 CG studio Speedshape has named Luis Ribeiro as managing director, to oversee the company's marketing, branding, production, workflow, digital distribution and creative pipeline. Ribeiro previously served as VP of business development at Company 3, where he was involved in the creation and global expansion of the finishing division for C3 and sister company Method Studios. He also worked as executive producer at Riot.

Directing duo Alex & Steffen has joined the roster of Mothership. The pair met as students at Filmakademie Baden-Wurttemberg's Institute of Animation and Visual Effects, where they directed "Racing Beats," a photo-real CG Xbox spec spot featuring mad pilots playing chicken with commercial airliners on airport runways. The soon after signed to Toronto's Spy Films and went on to shoot spots and supervise VFX on more than 30 commercials for brands like WWF, MTV, Bosch, Honda, Mazda and others. They were also behind a Snickers campaign out of BBDO Moscow and were featured in the Saatchi New Directors Showcase in 2006. MOst recently they completed a series of character-based spots for Vestel out of Saatchi & Saatchi. Alex also owns Unexpected, a post facility based out of Stuttgart. There, he serves as 3D lead artist while Steffen works as lead compositor.

Director Michael Shapiro has signed to the roster of Bully Pictures for exclusive U.S. representation. The ten year-plus directing vet has shot spots for Nike, Energizer, Bank of America and AT&T. He has completed his first project out of Bully for Home Depot, out of The Richards Group, Dallas.

Click 3X has added VFX artist, compositor and creative director Theodore Maniatis to its roster. Maniatis has worked on high-profile campaigns for Adidas, Coca-Cola, Absolut, Mercedes-Benz, Miller, Microsoft X Box and Cheetos as well as music videos for Natasha Bedingfield and Sugababes. His film work includes "The Reader" and the short films "We Have Decided Not To Die," "Blackout" and "Tony." Maniatis joins Click after working in Australia, Asia, Europe and the U.S, spending time at, among others, Animal Logic LA, Psyop NYC and Rhino in New York City; The Mill in London and New York; and Fuel, Digital Pictures, Emerald City Design and Foxtel in Sydney.

London-based animation studio Not to Scale has signed an exclusive representation deal with Simpatico in New York to represent its directing talent on the east coast of the U.S. Ubik , Chris Ketchell, Coan & Zorn, Pierre+Bertrand, Steve Scott, U.F.O. & Vincent will all now be available for work in the U.S.

Taxi has appointed Matt Shoom-Kirsch as general manager of Taxi 2. Mr. Shoom-Kirsch comes to Taxi from Red Urban, where he served as VP-client services and strategy. Before Red Urban, he spent six years at Grip Limited, heading up the Labatt account team. Ms. Shoom-Kirsch started his career at Goodby, Silverstein & Partners.

The BRW Group has signed directing duo Sniper Twins, aka Barry Flanagan and Dax Martinez-Vargas. The Sniper Twin have directed an array of commercials and digital content such as the rap-driven short for Hershey's called "Chocolate Shoppe" and a promo called "The Moment of Awe" for MTV comedy "The Hard Times of RJ Berger." 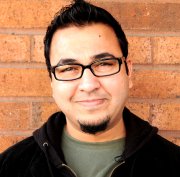 After 13 years at Lowe, India; Lowe, London; and Lowe, New York, Raj Kamble has left to join BBDO, New York, as creative director on P&G, Gillette and Smart Car. At Lowe, he worked on Unilever, Stella Artois, Aruba, Becks, Got Milk? and GMC, among others. He is the winner of several Cannes Gold Lions and One Show Pencils, as well as half a dozen Clios. 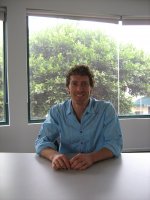 Carr Schilling has joined Crispin Porter & Bogusky as integrated executive producer-video management, working from the agency's Los Angeles office. He comes to CPB from Cut + Run Editorial, Los Angeles, where he managed broadcast and digital campaigns for international brands including Coca Cola, Philips, Travelers, Cars.com, Bridgestone, Xbox and Honda. Prior to that, heworked at Cutwater in San Francisco and TBWA/Chiat/Day, Los Angeles, where he produced ads and viral content for Jeep, Motorola and Visa.

Crispin Porter & Bogusky, Europe, has hired the Swedish creative team of Jonas Wittenmark and Tobias Carlson. Mr. Wittenmark and Mr. Carlson join CP+B from Swedish agency Le Bureau, where they have been since 2007. Before that, they worked at StrawberryFrog in Amsterdam, MC Saatchi in London and Mother, London. The pair have won gold at The One Show and were part of the writing team responsible for an upcoming film featuring Richard Gere, Kate Bosworth and Jack McBrayer.

A new creative collective, Fortune Cookie, has launched as a division of NYC-based production company IDENTITY. Fortune Cookie will be led by director/photographer Pierluca De Carlo and indie filmmaker Ben Wolfinsohn. The filmmaking collective will include directors, animators, artists and editors banding together to create moving narratives for agencies and brands.The company has already produced a reel inspired by everything from skateboarding videos to underground film.

Rhino has relaunched and rebranded as Gravity, an international creative, content and brand-communications company focused on pairing creativity with technological innovation. As part of the relaunch, Gravity has made an investment in talent for its digital and technology offerings, which are now fully integrated across the company's three business groups: features, commercials and digital. It will build upon Rhino's commercial and features production legacy by exploring new territories in special effects. Offices in New York, Los Angeles and Tel Aviv will allow the company to take on global clients, which in the past have included Coca-Cola, GM, DreamWorks, Pantene, MGA Entertainment, Carlsberg and HBO.

Rochelle Martyn and Lisa Simpson will next week launch Monday Collective, a New York brand-design partnership that will focus on "the bright side of change." Ms. Martyn was formerly managing director of Pearlfisher, New York, and Ms. Simpson was creative director of the agency. The pair have previously collaborated with brands including Absolut, Coca-Cola, Safeway and Cadbury, and both have worked on design projects that have won international awards, including DBA Design Effectiveness, FAB, Mobius and Creativity. Monday Collective aims to offer an education to clients that want to understand the role design can play in creating successful brands and business growth.

Antony Parchment has joined R/GA as group director-production. Mr. Parchment will manage R/GA's Verizon Telecom account, including site development and online advertising. As vice president/director- internet-solutions technology for Digitas, Boston, Mr. Parchment managed six cross-discipline, multi-location teams to produce multimillion dollar campaigns for Fortune 100 clients, primarily in the automotive sector. He also managed the creation and development of a news and social-media platform used by the client's CEO and social media team to communicate externally during its bankruptcy and reorganization. Prior to Digitas, Mr. Parchment worked at L.L. Bean, where he managed a team of 20 technologists on B2B e-commerce and enterprise software-development projects. In 1995, he founded Internet Commerce Systems and served as the president for the next 10 years.