Draftfcb has promoted Javier Campopiano to regional creative director general for Latin America. Campopiano, winner of a Cannes Grand Prix in 2010 for his effort for Andes Beer campaign "Teletransporter" and currently executive creative director at DraftFCB Buenos Aires, has been with the network since 2009 and started his career at Ogilvy. He will be the regional representative at the Global Creative Council, created by Draftfcb at the beginning of 2011 with the aim of strengthening the creative reputation of the agency. 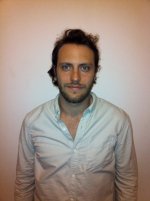 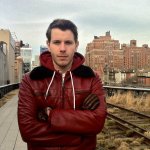 Also joining Firstborn is Leo Seely who has been appointed as a producer on accounts including Pepsi's Sobe and Wrigley. Seely joins from B-Reel London, where he was producer on projects for Lipton, Ikea, Stella Artois and Kerry Foods. Prior to that he worked at UK digital agency, Work Club, assisting on projects for Sharp and McLaren. 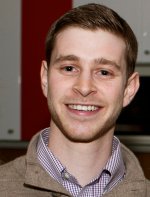 Jason Fund has joined StrawberryFrog, NY as strategic community director, working on Jim Beam. Fund was previously at Razorfish, where he worked with the strategic planning team, on Axe and Mercedes-Benz, and prior to that at Digitas. He is also a writer for music publication www.vibetothis.com.

New York creative agency Johannes Leonardo has hired Andrea Gustafson, 31, as head of design. Toronto native Gustafson has worked across film, music, fashion, and advertising for clients including Converse, Microsoft, Guns and Roses, Diesel, Nike, Reebok, and Burton. She has held lead design positions at Jager Dipola & Kemp [JDK], Anomaly, BBH, Mullen and Translation, as well as leading her own venture, Housin Folks.In 2010,she was awarded a Cannes Grand Prix for her work on Diesel's 'Be Stupid' campaign.

MassMarket has added executive producers Nancy Nina Hwang (NY) and Elexis Stearn (LA) to its team. Hwang (left) has worked for both MassMarket and Psyop for the past four years as a senior producer, on campaigns including AllState "Mayhem"and Nike's "Human Chain". She has also worked as a broadcast producer at TBWA/ChiatDay LA on campaigns including the the PS3 Launch with Rupert Sanders. She began her career in production at House of Usher.

Stearn (left) moves to MassMarket from MPC (Los Angeles), where as executive producer she oversaw campaigns for Honda/RPA, Absolut/Chiat Day NY, Dairy Queen/Grey NY, and Infiniti/Chiat Day LA. Prior to MPC, Stearn worked at Miami Ad School as the placement director and before that at Zoic Studios (LA) since the company''s inception as executive producer/head of sales, working on projects such as HP/Goodby, Playstation/Chiat Day LA, Sears/Y&R Chicago, and multiple spots with Crispin, Porter & Bogusky.

Venice boutique publicVFX has made two new hires. Michael Shelton joins as head of 3D having previously spent several years at Asylum Visual Effects as a CG supervisor and animation supervisor. Prior to that, Shelton worked at Digital Domain, Captive Audience and Method. His commercial work includes the launch of Call of Duty, Modern Warfare, directed by Rupert Sanders, and of Verizon 'Droid', also directed by Sanders.