San Francisco's Eleven Inc. has hired MDavid Low in the newly created position of chief technologist. He will report to director of interactive production Daniel Murphy. Low said in a statement that his job will be a mix of art director, producer and tech director. Low was most recently a Senior Integrated Producer at BKWLD in Sacramento, where he worked on Warner Bros Music. Previously, he was at Toth Brand Imaging. He has also had stints at Domani Studios and Fantasy Interactive in New York.

Blast Radius Portland has hired James Robinson as an associate creative director to work on the Brand Jordan and Nike Golf accounts. He was previously VP and ACD at Team Detroit for Ford. Blast Radius New York, meanwhile, is bringing on Jake Brown as strategy director for the Team Chemistry account. He was previously at Digitas Health as manager of strategic services.

Director Steve Bendelack has signed onto Hungryman for worldwide representation. Bendelack recently won a gold at the British Arrows for work for the BBC. He has worked on campaigns for Mother, Fallon, BBH and Wieden + Kennedy. Alongside commercials, has also worked on feature films like The League of Gentlemen's Apocalypse and Little Britain. Bendelack studied graphics and illustration at Cambridge Art School.

Sam Swisher and Trevor Shepard have opened the doors to a new production company, WoodShop. The Los Angeles-based shop will focus on design and animation. Shepard will be creative director. He previously launched Elastic, the sister company of Rock Paper Scissors. He has also been an art director at Stardust and is known for work on H-P with Goodby, Toyota with Saatchi & Saatchi and Pepsi with BBDO New York. Swisher has worked in post as executive producer and head of sales at Public VFX and has also worked in commercial line action. Before launching WoodShop officially, the duo have already done work for Nintendo and ESPN. Currently, spots for Nestle and Sonic are airing under the WoodShop brand. 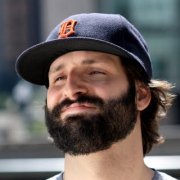 Production company Optimus, which has offices in Chicago and Santa Monica, has hired Morgan James as animation director. He will work with creative director Mike Ciacciarelli, with focus on CG animation. James has freelanced for the last few years in Chicago, New York and Los Angeles, working with companies like Buck, B-lind, Digital Kitchen and Hornet. He has worked on campaigns for Microsoft, McDonald's and Nike.