The Famous Group has signed directors Tynesha Williams and Scott Toepfer to its roster. Williams (pictured) was one of the winners of last year's Doritos '"Crash the Super Bowl" contest for her Super Bowl XLIV spot "House Sitting". She has also done work for brands including Adidas, Coca-Cola, P&G, AT&T, McDonald's and Heineken.

Pereira O'Dell has promoted Jaime Robinson to executive creative director. Robinson has been with the agency since 2009 working on accounts such as Intel and Lego, and was behind Intel's 'The Inside Experience' social media film for Intel and Toshiba, as well as the Lego CL!CK campaign. She began her career as a copywriter at NY boutique shop, Mad Dogs and Englishmen before moving to the West Coast to work at agencies including TBWA/Chiat/Day San Francisco and EVB.

German production company Doppelgaenger Film has signed Egyptian-born director Ali Ali to its roster. A former executive creative director at DDB in Berlin and founder of boutique shop Elephant Cairo, Ali became a full time director this year. He began his advertising career in 2003 at D'Arcy in Bucharest, and worked at Leagas Delaney, Hamburg, Leo Burnett, JWT in Cairo and as regional creative director at McCann Erickson subsidiary Fortune Promoseven. He has won four Cannes Lions including a Silver Lion at Cannes in 2010 for his " Never Say No to Panda" spot for Panda Cheese and has also won four Dubai Lynx Grands Prix (for Coca Cola and Kalbaz Chips) and gold for his MTC Telecom Touch and Panda Cheese campaigns.

Barcelona-based director Erik Morales has signed with TWC Films, Los Angeles for exclusive representation in the U.S. Morales, who started directing at the age of 25, has completed work for brands including Nike, Audi, Mercedes, VW, Coca Cola, Diesel, Toyota, Sony, and others. His awards include a Bronze Lion in 2011 for his Nike "Shine" spot. Three of his commercials - Nike "Magnificent 5", VW Beetle ""Balloon" and Audi "Projections" - have been exhibited in the Reina Sofia Museum in Madrid. 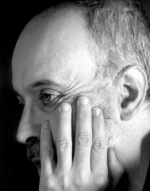 Mechaniks has signed Dario Piana for US representation. Piana's work includes spots for brands such as Fiat, Coca Cola, Skittles Mercedes, BMW, Nescafe and Pellegrino. Among his awards are four Cannes Gold Lions plus three Silver and four Bronzes and a Clio Grand Prix. He has also directed two feature films, "The Deaths of Ian Stone" and "The Lost Boys: The Thirst". His most recent work includes a multi-spot package in the US starring George Clooney for Fast Web Internet. He was previously represented by Saville in the US. 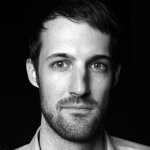