People news from Firstborn, The Mill and more

New York based digital agency, Firstborn, has promoted two of its associate creative directors to larger creative roles. Aaron Pollick (left) and Dave Snyder (below) will both become creative directors, leading projects for brands like Wrigley, SoBe, Afflac and Cannondale, as well as for various agency partner projects. 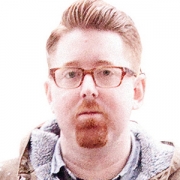 The Mill has appointed two new VFX producers to its London studio. New Zealander Rachael Trillo joins from Digital Post in Auckland. She has worked at New Zealand post and VFX houses including Oktobor and Sauce FX and her role will be to produce high-end visual effects for commercials. Carl Phillips joins The Mill from Screen Scene, Dublin, having previously worked at Unit, JackBox and Splice in London. He will be working with the Mill Studio team, who specialize in motion graphics and design.