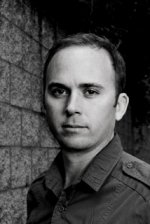 Paranoid U.S. has added director, animator and VFX artist Drew Lightfoot to its roster. Before gaining commercial prominence, Lightfoot was lead animator for Tim Burton's "Corpse Bride." In the past few years, he has directed spots for brands such as Apple, Sony, Bud Light and Target. He has won Bessies, BDAs, LIAAs, and in 2008, two D&AD pencils for his work on Big Yellow "Tide" and Sony Bravia's "Bunnies".

Tim Scollick has joined Toronto's Lollipop as Director of Technology. Scollick has been working as a Developer and Technical Lead since 2000. Prior to joining Lollipop, Scollick worked as a Technical Lead at agencies including Critical Mass, Blast Radius and Henderson Bas.

L.A.-based HELLO! has signed French director Vincent Jerome for his first U.S. commercial, integrated and music-video representation. Jerome has directed spots for beauty, fashion and perfume, automobile and high-end beverages with celebrities such as Beyonce, Liv Tyler and Catherine-Zeta-Jones.

Tribal DDB Worldwide has hired Seth Friedman as the new head of planning in its New York office, and Al Patton has joined as creative director. Friedman comes to Tribal after three years as a planning director at sister agency DDB, New York, where he led the strategic development and implementation of work for H&R Block, Merck and P&G. Previously he held positions at Mad Dogs & Englishmen, Deutsch; health-care agency Commonhealth; and digital agencies Modem Media, CKS and USWeb. Patton spent the past four years at R/GA, where he was creative director for the Nike and Avaya accounts. Prior to joining R/GA, he held positions at Digitas, FCBi and Deutsch.

Nexus has signed directing team ManvsMachine, led by Tim Swift and Mike Alderson. A founding member of design agency Precursor, Swift has also worked for Nike and Orange and has created short films for festivals including ResFest and Onedotzero. Alderson was previously head of design at Mainframe, where he also worked with major advertising and broadcast clients. ManvsMachine has created work in high-end motion graphics and moving image for brands for clients from Nokia to Syfy and MTV.