People News from Goodby, Mothership, the ADC and More

Rick Dennis has been named executive creative director on Chevrolet at Goodby Silverstein & Partners' Detroit office. Dennis began his ad career in the BBDO mailroom before becoming a copywriter at JWT and CME Detroit. He eventually returned to BBDO as ECD. Also joining Dennis in Detroit is Traci Armstrong, who will serve as Detroit Talent Director. She moves from Organic, where she was Director of Talent Acquisition. 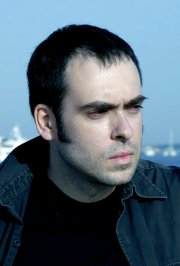 Director Grzegorz (Greg) Jonkajtys has joined the roster of Mothership, which will represent him exclusively for commercial and spots work in the U.S. The award-winning director was behind the CG animater short "Ark," which appeared at the Cannes Film Festival and won the 2007 Siggraph Animation Festival. The Warsaw-born talent has been a VFX artist/animation lead at Industrial Light & Magic?his most recent post, and at Platige Image, Digital Kitchen, The Syndicate and CafeFX. His past projects include features like Sin City, Hellboy, Pan's Labyrinth and Terminator Salvation. 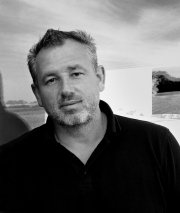 One, the live-action production arm of production and post-production house Optimus, has promoted Joe Tipre to producer and Sarah Slevin to associate producer. Mr. Tipre began at Optimus in 2009, and has worked on projects including LasikPlus for Fathom, Cuervo for Crispin Porter + Bogusky, AT&T for Rodgers Townsend/DDB St. Louis, Allstate for Leo Burnett, the Museum of Science & Industry for Hoffman York and direct work with Pitchfork to produce original content for the Pitchfork Music Festival. Since joining Optimus in late 2007, Slevin has worked on Tampax and HumanKind videos for Leo Burnett, Museum of Science & Industry for Hoffman York, Suave and CDW for Ogilvy & Mather and Sears-Craftsman for Young & Rubicam, among others.

JWT, New York, has added Martin Legowiecki as director-creative technology, and has tapped Sam Mazur, Matt McKay and Lea Ladera as creative directors. Legowiecki joins JWT from Crispin Porter & Bogusky, where he was associate technical director, working on projects for clients such as Coke Zero and Old Navy. Prior to that, he worked at R/GA for five years. Mazur was previously VP-associate creative director at SS+K for five years, where he worked across advertising, digital, public relations, social media and cause marketing. At JWT, he will focus on the Microsoft Office business. McKay was most recently an associate creative director at Merkley + Partners on the Ferrero USA account, where he developed traditional and digital work for Nutella, Rocher and Tic Tac's "Fresh Entertainment" campaign. He will be working on Cadbury-Adams, with oversight of the creative development and production for Stride Gum, Trident Gum and Halls. Ladera, who has been named creative director on Macy's, joins the agency from Goodby, Silverstein & Partners, where she worked on brands including HP, Pepsi and Comcast and managed creative teams on the Commonwealth Bank of Australia account. Prior to Goodby, she worked on the JCPenney business at Saatchi & Saatchi, New York, and was instrumental in winning the pitch for the Lego brand at Saatchi & Saatchi in Copenhagen.

Product Ventures has appointed Wendy Church to the newly created position of creative director-strategic branding. Ms. Church is a 15-year veteran of Wallace Church and has worked with consumer goods companies such as Nestle, P&G, Gillette, Ocean Spray and Unilever in creating brand packaging revitalizations.

ADG|Creative has promoted Christina Bittinger to art director. Ms. Bittinger joined ADG|Creative in early 2009 and has worked as a print and interactive designer on Ciena, Ascend One, V-Tech, Enlightened and a variety of projects for ADG's government clients. Prior to joining ADG|Creative, Bittinger worked as a designer at Frank Strategic Marketing.

Dentsu America has hired Clayton Crocker as associate creative director. Crocker previously worked with Berlin Cameron United, Syrup New York and HUGE. He has produced work with Gwen Stefani, Amnesty International, JetBlue and Issey Miyake that has been recognized by the One Show, Webby Awards, Art Directors Club and Cannes. Mr. Crocker's other past clients include Belvedere Vodka, Columbia University, Comcast, Crunch Gyms, Dior, Est?e Lauder and Ford, among many others.