After six years at the agency, BBH Executive Director of Innovation and BBH Labs Founding Partner Ben Malbon will be leaving to join Google Creative Lab as Director of Strategy. Malbon had helped to cultivate the relationship between Google and BBH, with projects like the recent Chrome Experiments and Speed Tests. 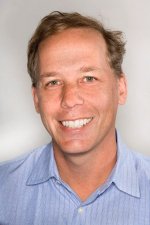 Former McCann San Francisco ECDs Paul Hirsch and Josh Denberg have launched Division of Labor, creative and strategic brand studio that will write, direct and produce content across all platforms. The shop will be a collective that partners with other creative talents on different projects. Prior to McCann, Hirsch and Denberg were creative directors at Goodby, Silverstein and Partners. Their resumes include work for Nike, Microsoft and Porsche. At launch Division of Labor kicks off with projects for Microsoft, Dendreon and the L.A. Marathon, including the "Landmark Every Mile" campaign for the 2010 L.A. Marathon. For Microsoft, they were behind the "Real Life Stories" film series. 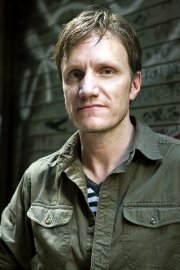 Former Crispin Porter + Bogusky Senior VP/Director of Design Kevin Grady has joined Mullen to lead the agency's newly branded Superfine Design Group. While at Crispin, Grady worked on projects for the Gap, and Truth, including the Emmy-nominated "Singing Cowboy." His credits also include design for numerous global brands like Scion, Puma, Converse, Reebok AT&T and MTV. Mullen's Superfine design pays homage to the agency's original name, Superfine Productions, which had been inspired by actress Mae West's appearance in the film Go West Young Man, in which she portrayed a movie star working for the studio Superfine Pictures. 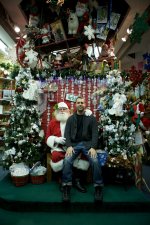 Tool of North America has signed Matt Ogens, the director behind the documentary "Confessions of a Superhero." Aside from that account of four superhero-impersonating actors trying to make it in Hollywood, Ogens has directed spots for Toyota, Hitachi and Mars/M&M's. His TV credits include two ESPN original series, "Timeless" and "The Life," which garnered three Emmy nominations. Prior to joining Tool, he also spent time at Rabbit. 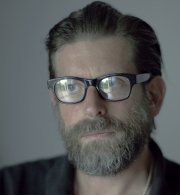 Director Justin Anderson has signed with London production company Mustard. Anderson began his career as a video-installation artist, exhibiting in museums and galleries across Europe. His most recent projects have included fashion films for Vogue Italia; and his short film, "Chore for Damaris," has become an internet hit.

Haley Fiege has joined ROKKAN New York as art director from Toronto-based agency, Grip Limited. Fiege previously worked on a wide variety of accounts including Honda, Labatt Beers, and Johnson & Johnson. Also joining ROKKAN is Andrew Rindfleisch as director-technology. Prior to ROKKAN, he was a senior interactive developer at Sapient Nitro in Boston.

Stink has signed on director Vaughan Arnell for worldwide representation (excluding France). In addition to directing work such as Stella Artois' "Red Shoes" and Levi's "Creek," as well as spots for Dove, Aviva and Ford, Mr. Vaughn has collaborated on videos for Robbie Williams, George Michael and Spice Girls.