Gotham Inc has brought on four new members to its creative team: Anthony "Mossy" Moss (pictured) has joined as group creative director; Natalie Chambers has joined an associate creative director /art director; Evan Maranca has joined as a copywriter; and Matt Nowak has joined as integrated producer. Moss is a former senior copywriter at Crispin Porter + Bogusky and had worked on BK, Microsoft, Amex and Coke Zero. Chambers had been an AD at DDB San Francisco and DDB Stockholm and Morenco had been a freelance copywriter on Alaska Airlines and T-Mobile at Wongdoody. Nowak was previously broadcast and digital producer at DDB Worldwide. 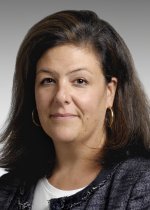 Jennifer Meyers recently signed on with R/GA's Brand Development group as group director. She comes from Interbrand and will be managing client relationships and business operations. Meyers moves from Interbrand, where she served for nearly a decade in various senior management positions, most recently executive director, program management. 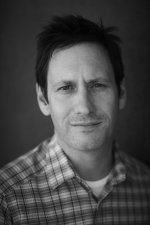 Emmy-winning director Chris Wilcha has joined the roster of bicoastal Park Pictures. Wilcha is perhaps best known as director/executive producer of Showtime's This American Life but has also directed spots and longform content for MTV, Walmart, PBS and others. He was last on the roster of Chelsea Pictures. 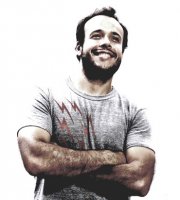 Fallon London has hired Gui Borchert as a creative director and Goodby, Silverstein & Partners' Matt Groves to the new role of director of digital and integration. Borchert becomes one of the agency's five creative directors. His move comes on the heels of former ECD Richard Flintham's departure last month to start his own shop. Borchert last served as a CD at Syrup New York, working on Puma global. Prior to that he was at Mother, New York where he led the global Puma account. Before that, he worked at Mother New York and at spent four years at R/GA, where he was on the team behind the Titanium Lion-winning Nike+. Groves last served as director of digital development at Goodby, Silverstein & Partners in San Francisco, and also is a former partner of digital creative production company unit9.

Schematic, a WPP company, has named Chris Stauch as group creative director at its Austin office. The firm also announced promotions for several members of its Austin creative team. Mark Ray has been promoted from CD to GCDr; Chris Polychronopoulos has been named associate creative director from senior AD. Lani DeGuire and Natalie Derylo have both been promoted to senior project manager positions. Stauch joins Schematic with more than 10 years of digital creative experience and a background leading and developing large-scale, interactive campaigns for brands including Bank of America, GE, MTV and Nextel. Prior to Schematic, he served as GCD at Organic, where he led a team of more than 40 writers and designers across the firm's New York, San Francisco and Toronto offices.

Thornberg & Forester has added Kyle Hurley as designer. Hurley will be responsible for branding and design, print, digital, broadcast and logo work for clients that include iNDemand, Verizon, Nielsen, E*Trade, Sustainable Brands, Huntington Bank and Turner Classic Movies. Previously, he was art director at Gizmo Post Production, where he developed and directed the menu concept and design for Blu-Ray and designed and branded broadcast graphics packages for clients across categories.

72andSunny has hired Amsterdam creatives Carlo Cavallone and Carla Madden (pictured). Cavallone most recently worked at Wieden + Kennedy, Amsterdam, as a creative director where he created the integrated campaign for EA's FIFA 09 game. He's also credited with the creation of the FIFA 09 website. Cavallone also served as the Italian translator for Batman and founded the fanzine KA-BOOM, which features a variety of content ranging from unknown folk-rock bands and video games to Z movies. Madden was creative lead on the Adidas FIFA 2010 World Cup work for 180 Amsterdam and earned a Grand Prix Film Lion and Silver Cyber Lion at Cannes 2009 for copywriting the Phillips "Carousel" spot, out of Tribal DDB.

Keiler & Company, an independent full-service marketing communications agency, has named Michael Feinberg as creative director. Feinberg has worked at McCann Worldgroup, Publicis, TBWA/Chiat Day and BBDO and has created award-winning work for clients like Volvo, Verizon Wireless, Reebok, Absolut, and GlaxoSmithKline. Most recently, he has been working on a freelance basis for agencies in New York and New England.

Veteran creative Walter Campbell, the creator of the Guinness "Surfer" spot, has been named a creative partner at Anomaly and will head creative for Anomaly U.K.'s content. The "Surfer" spot for Guinness, created out of AMV BBDO, was honored with multiple industry awards, including two Black Pencils at D&AD. Campbell later went on to launch Campbell Doyle Dye with Sean Doyle and Dave Dye in 2001. Campbell left the agency, which had rebranded as Shop, in 2008, and went on to work on film projects.