Grey New York has appointed Han Lin as creative director of design, a new position. Lin joins from Fallon where he served most recently as senior art director on Cadillac. Earlier he worked as design director at Kirshenbaum Bond in New York and as an art director/designer at Goodby Silverstein in San Francisco. He has worked with clients such as Nike, HP, Coca-Cola, General Mills, Charter Cable, Abu Dhabi Commercial Bank, Polo Ralph Lauren, Levi's and Purina as well as Cadillac. 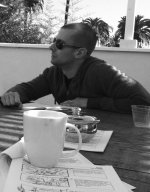 BBH New York has promoted both Nate Able and Caprice Yu from associate creative directors to creative directors. In their new positions, Able will help lead creative on the agency's Johnnie Walker and UNICEF teams, and Yu will help lead the Cole Haan and Google teams. Able (left) has worked on campaigns including the recently launched AXE "Susan Glenn" spot. Prior to joining the agency last year, he spent a majority of his career on the west coast in San Francisco as an art director at McCann Worldgroup, T.A.G. and agencytwofifteen, where he worked on Halo 3 "Believe".

Yu (left) has worked on Google Chrome's first global TV campaign, which helped BBH earn Webby's "Agency of the Year" and "Best of Show" at this year's AICP Awards. She has previous experience at Crispin Porter & Bogusky in Boulder and 180 Amsterdam in the Netherlands, and has worked with brands like Adidas, AXE and Microsoft. Both she and Able will report to BBH US chief creative officer John Patroulis.

B-Reel has signed comedic director Roderick Fenske for both the US and UK markets. Before joining B-Reel, Fenske directed through Hungry Man for five years. He began directing comedy in London in 2001 as a creative director at TBWA, for clients such as Sony Playstation and FCUK. Following that, he joined Swedish directing collective ACNE in Stockholm, Sweden. He has directed spots for brands such as Coca Cola, Honda, Alfa Romeo, The European Union and Las Vegas Tourism. 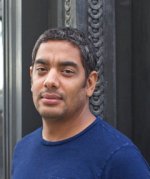 Commercial, music video and feature film director Duane Crichton has joined The Joneses for exclusive representation for U.S. advertising work. The agreement marks the first time that Crichton, a Canadian, has been represented in the United States. He is represented by Partners Film Company, Toronto, in Canada, where his credits include work for Volkswagen, Toyota, Rogers, Home Depot and Ontario Tourism. He began directing commercials in 2003 and was represented by Spy Film before joining Partners Film Company in 2010.

Documentary and feature film directors Tarik Saleh and Erik Gandini have signed to Henrik Henrik Film for global representation. Saleh and Gandini are the founders of the independent film production Company Atmo. They have worked together on films, documentaries, TV series, music videos and campaigns.