GSD&M is to replacing outgoing creative chief Luke Sullivan with Jay Russell, who rejoins the agency from Crispin Porter + Bogusky as vice president/managing group creative director. Sullivan last week announced he is leaving to become chair of the ad department at the Savannah College of Art & Design. Russell previously worked at GSD&M as lead creative on the BMW account before joining Crispin Porter + Bogusky in Boulder as creative director in March 2010. There, he managed the Microsoft Windows account and helped launch the Windows Phone to an international audience. He began his career at DDB where he worked on the Bud Light, PBS and American Airlines accounts, and has also worked as creative director for Miller Brewing at Square One and Nationwide Insurance at TM Advertising in Dallas. He has received awards from Cannes, Communication Arts, and One Show.

AKQA has appointed Jim Wood as creative director to its New York office reporting to Rei Inamoto, chief creative officer. Wood joins the agency having previously worked at JWT in New York as creative director responsible for JetBlue's The Flyer's Collection campaign and Macy's Yes Virginia branding. Prior to that, he was creative director at Taxi in New York, helping to launch the Versus Network and leading creative on such clients as New York Life, Blue Shield of California and MoMA. Earlier in his career, he worked at other shops including Kirshenbaum + Bond, DeVito/Verdi and McCann Erickson. 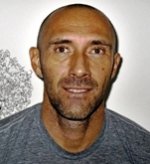 Creative advertising agency SCPF has hired Philip Bonnery as executive creative director based in the agency's Miami office. Bonnery has 15 years of creative experience at agencies such as Bartle Bogle Hegarty, Modernista!, Wieden + Kennedy, and Crispin Porter + Bogusky. He will be co-ECD with Alberto Jaen who has been with the agency since last June. 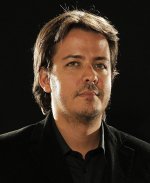 Aricio Fortes has joined Pereira & O'Dell as associate creative director from Brazilian agency DM9. was part of DDB Brazil team that was recognized as Agency of the Year at Cannes Lions 2009, winning silver and bronze lions for the agency in that year.

San Francisco agency Heat has recruited Ben Salsky as senior copywriter on its EA Sports, Bank of the West, and Riverbed accounts. Previously Salsky was senior copywriter at Arnold, Boston, where he worked on McDonald's, Ocean Spray, Pearle Vision, Southern Comfort and New Balance. His 2010 work for McDonald's has been recognized by award shows including Cannes, One Show, Radio Mercury and Young Guns.

Aaron Feiger has joined Evolution Bureau (EVB) as art director, working directly under executive creative director Stephen Goldblatt. He was previously at JUXT Interactive where he was an art director working on the Sprite and Toyota accounts, and has previously worked at ATTIK. He has also been involved in a number of self-initiated projects including a geoloation Facebook app, Prowl Owl, as well the creation of a SF-based limited edition apparel and home-wares brand, PopJunkie Design.