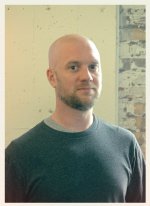 Pulse Films has signed new production outfit Young Replicant, which is made up of Los Angeles-based director Alex Takacs, and a revolving cast of collaborators, to its roster. Takacs began making videos under the Young Replicant moniker while attending college in 2008. Working alongside creative partner and producer Joe Nankin, he has gone on to direct videos for indie records from M83 to Baths and Purity Ring. His first work for Pulse is a music video for The xx, Chained.

ClickFire Media has added executive creative director Bill Kay and senior account manager Robyn Pearson to its team. The pair will lead Click3Rx, a division of the studio devoted to creative technology for pharmaceutical marketing.