Decon has added Danish director Christian Lyngbye to its permanent roster following a collaboration which saw him direct an Olympic campaign for Gillette featuring atheletes such as US swimmer Ryan Lochte and Tyson Gay. Lyngbye, who has previously has created campaigns for clients including Nike, has won three gold Cannes Lions, plus honors from Grand Prix, Gold Crystal, NY Art Directors Club, London Midsummer Awards and Clio. Prior to joining Decon, Lyngbye worked as a full-time director of commercials and spent several years hosting his own show and creating interview documentaries for Kanal 2, Denmark's first private TV station, which he helped found. He launched his production career as a runner at the Danish Film Society. 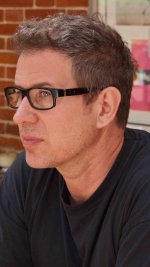 Harvest has signed British director Jason Smith for US representation. Based in Los Angeles and London, Smith has directed commercials for clients including Gatorade, Nike, Coca-Cola, Verizon, Mitsubishi, Ford, Audi, Sony, Mountain Dew, the British Army and EA sports. Campaigns he directed for Nike and Audi have won the AICP award and are part of the Museum of Modern Art archive. He has also won Cannes Lions, BTAA, and has received D&AD nominations. Recent work has included shooting a documentary following the journey of sculptor Jon Krawzyck, carrying his 9/11 memorial cross, destined for Ground Zero, across the USA strapped to the back of a pick up truck.

Millie Munro has joined music production company Human LA as executive producer, moving from its London office. She joined Human in January 2010 to open its London office. Prior to Human, Munro was the head of sales at Moxie Pictures London from its launch in the UK in 2005. 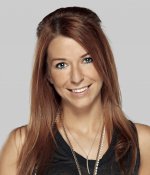 Crispin Porter +Bogusky has promoted Lindsey Allison to VP, group planning director. Allison will be based out of the agency's Los Angeles Office where she will be the strategic lead on Old Navy and Under Armour. She was most recently associate director of CP+B's Cultural and Business Insights department, and has been with the agency since 2004. She began her career as an intern in CP+B's Miami office before moving to Boulder. Recently she has worked on the Old Navy Supermodelquins, Under Armour 'What's Beautiful' campaign and Bolthouse Farm's Baby Carrots 'Eat 'Em like Junk Food' campaign.