People news from Humble, Tool, BEING and more

Humble, the production and post production company, has signed director Jose Antonio Prat to its roster for US representation. He was represented previously in the US by Tool. His work includes MTV's Bird spot which recently collected a pencil at the One Show, a silver Lion at Cannes, a Silver Clio, and honors in the International Advertising Excellence category at the 2010 AICP show.

Tool has added European installation, art and technology collective seeper, founded by Evan Grant (left) to its digital roster. Seeper are experts in architectural projection mapping and have worked on projects including Battle of Branchage, a 3D projection-mapping display at the Mont Orgueil Castle and for the launch of Microsoft Kinect, projecting a controller-free video game on the Stachus in Munich. Another projection pitting AC/DC against Iron Man at Rochester Castle became the most highly viewed projection mapping project online, with more than 2.5 million views.

Tom Evans, former creative director of SapientNitro, has joined Omnicom-owned startup BEING in London, as executive creative director. Evans' most recent role was as brand communications director at fashion brand Jack Wills. He has worked both client and agency side, founding digital agency Mook in 1999 and selling it to Nitro in 2006. A regular D&AD, ICA and Hyper Island speaker, he has won awards from Cannes and Epica and been nominated for a BAFTA for his work with The Sunday Times. His arrival completes the management team of BEING, alongside Andy Peppiatt, managing director and Indy Saha, chief strategy officer. 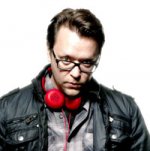 Design-focused production studio Leviathan, based in Chicago, has appointed Tim Sepulveda to the new role of design director. He has been freelancing in Chicago for the likes of Optimus, The Mill and Loyalkaspar since 2010 and has also contributed to key projects at Leviathan. Prior to that he was with Charlex in New York, where he contributed to projects for Verizon, Marshalls, Dunkin Donuts, Disney and Fidelity first as senior designer and then associate creative director.

Miami-based agency La Comunidad has expanded its creative team with several new hires. Natalia Rojas joins as director of digital development, primarily responsible for the development of mobile content. She has previous experience at DoubleYou in Barcelona and *S.C.P.F, and has worked on brands including Nike, Audi, and Diesel. Peele Lemos joins as senior art director and designer, having previously worked at Brazilian-based agencies such as Santa Clara, BBH, Cubocc, AG407 and JWT. Creative team Chelsea Cumings and Jane Cronk also join the team as art director and copywriter respectively. They were previously at Young & Rubicam in New York, where they worked on brands that included LG, Office Depot, Campbell's and Pepperidge Farms.

The International ANDY Awards has named Bob Greenberg, chairman/CEO/global chief creative officer, R/GA, as the 2012 ANDY Awards Chairman. He follows the tenure of Ty Montague of Co:Collective and Michael Lebowitz of Big Spaceship, who were co-chairs for the past two years. Greenberg has worked in advertising and communications for more than 30 years, founding R/GA with his brother in 1977.