Interrogate has signed director Brennan Stasiewicz for commercial representation in the US. He joins Interrogate from MTV, where he was an on-air writer and director. Stasiewicz has created commercial work for brands such as Starbucks, Johnson & Johnson, Pepsi, Sony, Toyota, Rhapsody, and Paramount Pictures, as well as directingactors such as Will Ferrell, Paul Rudd, Jason Segel, Emma Stone and Jason Sudeikis and musical artists such as Weezer, Kid Rock, Ne-Yo and Aesop Rock. He has also written and directed a number of stylized non-fiction shorts.

Fallon Minneapolis chief creative officer Darren Spiller has departed the agency. In a statement, Fallon CEO Mike Buchner said that Spiller was an important contributor to the agency's resurgence in recent years and that a search for Spiller's replacement is in progress. In the meantime, the creative heads of each account will continue to oversee client work across the agency. Spiller, originally from Australia, joined Fallon in 2009 after as regional executive creative director at Publicis Mojo in Melbourne. 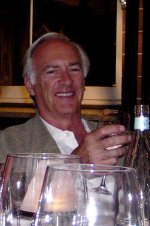 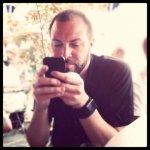 MassMarket has appointed Chad Garber as senior VFX producer. Garber was most recently a producer at mcgarrybowen where he producedjobs including Verizon "Droid Bionic" with Noam Murro and Verizon "Motorola Xoom" with Rory Kelleher, among others. Prior to mcgarrybowen, Garber worked for The Martin Agency producing commercials and campaigns for Walmart; and for BBDO/ NY and BBDO West/SF, where he produced and assisted on work for eBay with Fredrik Bond, FedEx with director Jim Jenkins and the YLI 'Awareness' campaign.

The Sweet Shop has announced a creative partnership with Paris-based creative production lab Premiere Heure, making its roster of directors available to the French market. Guillaime Larose will act as its dedicated producer for both production and talent management. The Sweet Shop already has offices in Los Angeles, Auckland, Sydney, Bangkok and London, as well as its film department, and an existing partnership with Big Fish in Germany.