Johannes Leonardo has signed copywriter Iain Nevill and art director Dave Tomkins. Botswana-born, Zambia-raised, Nevill was the founder of Borne Magazine, a Scotland based fashion and culture mag distributed at American Apparel and Urban Outfitters locations in the U.K. Nevill had moved to Scotland as a teen. There, he started his career at Frame before moving on to S.C.P.F. in Barcelona, where he worked on clients like Mini, BMW, Ikea and Vodafone. Tomkins moves from Mother London, after stints at Clemenger BBDO Sydney and Happy Soldiers. 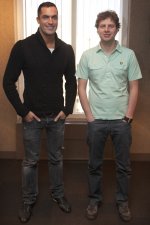 AMV BBDO award-winning digital and integrated creatives Alex Braxton and Alistair Robertson have joined DDB Chicago as creative directors. Braxton and Robertson are the first new hires brought on board by CCO Ewan Paterson since he arrived in June. The team was behind the Walkers Crisps "Do us a Flavor" integrated campaign and has also steered projects for Vodafone, Doritos, Pepsi, Lynx and others. Prior to AMV, they launched their careers at Dare London. 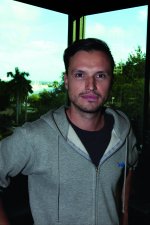 Crispin Porter + Bogusky has brought on Matthew Atkatz (pictured) as Interactive Creative Director. He moves from his post as ECD at Riot, the digital arm of 180 Amsterdam. There, he oversaw creative on adidas, Amstel Beer, DHL, Motorola and others. Prior to 180 native New Yorker Atkatz led the interactive creative group at Saatchi, New York, where he worked on clients like General Mills, JC Penney, P&R, Wendy's, Miller High Life and others. The agency has also announced three promotions and the addition of a new senior creative in its Toronto office. Michael Murray, who has worked on clients like Virgin Radio, Ikea and Axe, moves from ACD to Creative Director. Mark Puchala and Gerald Kugler have moved up to ACDs, from art director and copywriter, respectively. The pair has worked on Ikea, Best Buy and CREA. Jane Murray, who has worked on Diamond Shreddies and MINI, also signs on as ACD, after stints at Ogilvy, MacLaren McCann and Taxi.

Roo Reynolds has joined Wieden + Kennedy London as Head of Emerging Platforms. Reynolds will work with both the creative and planning departments, helping clients to explore and understand emerging platforms. Reynolds moves from the BBC, where he had been the portfolio executive for social media at BBC Vision. Reynolds is also the co-creator of weekly geek podcast Shift Run Shop.

Mark Rowland has been named Director of Interactive Design at Simple Truth, Chicago. Rowland moves from Washington D.C.'s Syscom, where he was creative director for over ten years. His past client list includes Choice Hotels, Lockheed Martin, the Museum of Contemporary Art Chicago and Volunteers of America. 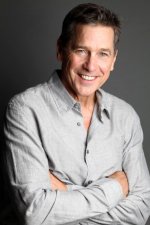 Director Tim Matheson has joined the roster of Aero Film for commercial representation. The award-winning actor, director and producer most recently directed a series of six Unilever spots for Madmen, via Mindshare. Matheson also recently directed the pilot for USA Networks' Covert Affairs and The Good Guys for Fox Network. He's also a regular director on series like Burn Notice, White Collar and Criminal Minds.