Director Paul Gay has signed with O Positive for US commercial representation in the U.S. Gay joins following the launch last summer of his London-based shop Waspface, co-founded with longtime executive producer Tim Nunn. His recent work includes campaigns for Winalot via DDB London and The British Post Office via Mother London, and he has won awards at Cannes, D&AD and AICP, for British Army and Toyota, both via Saatchi & Saatchi London, VW via DDB London and Arnold Boston, and Delux via AMV BBDO. Other work includes episodes of the BAFTA-winning, UK version of teen drama Skins. 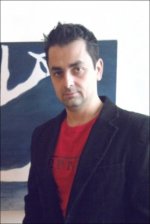 Tool has added Benjamin Weinstein to its live action directorial roster. Weinstein's reel includes work for Sprint, FedEx and Burger King. He most recently directed Bachman & Turner's viral stunt that earned homepage appearances on the likes of LATimes.com, Buzzfeed.com, and CollegeHumor.co, while his We Don't Want Your Body music video for the band Stars earned a spot on Yahoo's Top 20 videos of 2011. He has worked at agencies such as Goodby, Silverstein & Partners, BBDO, Rethink and Taxi.

Independent Films has added Matt Smukler to its roster. Smukler began his career as an art director and then moved to copywriting, working at agencies including Goodby Silverstein and Partners, before starting to direct full time in 2003. His work includes a humorous spot for McDonald's for Leo Burnett, as well as spots for brands such as Budweiser, Reebok, MTV, 20th Century Fox, AT&T and Absolut.

GSD&M has hired Glen Sheehan as senior vice president, group creative director. Prior to GSD&M, Sheehan served as T3's senior vice president, executive creative director in the agency's Austin office. Prior to that he was a senior creative leader at Y&R/Wunderman in Irvine and at a number of San Francisco shops including AKQA, Modem Media and McCann Erickson/A&L. Over his career, Sheehan has led creative work for clients including Coca-Cola, Dell, Microsoft, Mattel, Chase and Nike, winning awards from OneShow, Clios, Cannes, D&AD, Mixx and Addys, among others.


Integrated production studio Utopic has appointed Heather Mitchell as post executive producer. Her most recent position was as senior producer with Burrell, where she spent 10 years working on accounts such as General Mills, Toyota and Procter & Gamble. Mitchell's project so far at Utopic include work for McDonald's, Coke and Bosch.