JWT brought on Mauro Cavalletti in the new role of chief integration officer, in charge of bringing together JWT Brazil, CASA and i-Cherry to integrate local digitization strategies. Cavalletti comes from Mullen, where he was head of the digital creative group. He will also be part of the board at JWT. Previously, Cavalletti launched and led R/GA San Francisco. He has also worked at AKQA and Organic. 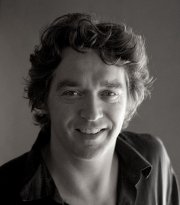 VFX supervisor Paul O'Shea will be MPC's new creative director at the production company's Los Angeles office. O'Shea was previously at The Mill L.A., and has worked on campaigns from brands including Old Spice, Nissan, HP, Stella Artois, Coca-Cola and Nike. At MPC, he will be responsible for developing talent, co-ordinating production and overseeing quality control. O'Shea has previously worked at MPC, having spent several years at the studio's London office. He has also spent time as head of 2D at Asylum and worked as a demo artist for Discreet Logic.

Evan Anthony, who has designed for projects including Arcade Fire's "The Wilderness Downtown" and Bits and Base Pairs, joined Hush. Anthony has worked on motion, web and interactive game projects and moves from B-Reel. He has also worked on a couple of other Google Maps projects, including a WebGL powered gamethat explored cities around the world, and the Maps-themed pinball machinethat featured at SxSW. 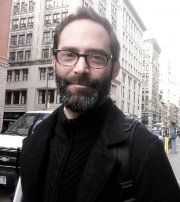 New York-based creative editorial shop BlueRock added Jordan Green to its roster. Green has previously worked at New York's 89 Editorial and Hooligan, as well as Spotwelders in Los Angeles. He has worked for brands including Geico, Walmart, AmEx, Sony, Microsoft and AT&T, with agencies like BBDO, Grey, Deutsch and Ogilvy.

Uber Content has signed improv specialist Charlie Todd for worldwide commercial representation. Todd is the founder of comedic performance group Improv Everywhere, the pranks-and-joy troupe that spearheaded the first ever "flash mob." He's also the author of Causing a Scene, a Harper Collins-published chronicle of his stunts.

Tampa, Fla-based agency SPARK hired senior copywriter Jeff Poschipal, who was most recently at 22squared, where he worked for five years. He has also worked at Doe Anderson in Louisville, Ky., and at Tracey Locke in Dallas, as well as MarkBBDO in the Czech Republic.