Award-winning Swedish creative team Nina Akestam and Sandra Beijer will be signing on at Kirshenbaum Bond Senecal + Partners. Formerly of Garbergs, Stockholm, the creatives have received multiple accolades for their work for Sodra Cell, including a Cannes Bronze Lion and Eurobest Gold. Their CVs also include work for McNeil Pharmaceuticals and NetonNet. 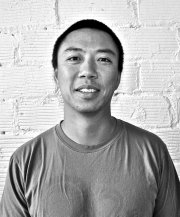 Mono, Minneapolis has announced a number of new signings to its team: Bill Lee (pictured) joins as a creative, from Carmichael Lynch. His past credits include work for ESPN, Subaru, Nike and Harley-Davidson. He also worked previously at Wieden + Kennedy and One and All. Kevin Dunleavy also joins as a creative, from The Martin Agency, where he worked on Geico. Kelly Roberts signs on as project leader, after working at Carmichael Lynch on clients like Subaru, Harley-Davidson and Northwest Airlines. Laura Hoey joins as account director, after leading the client services team at Schematic. She also previously served as director, interactive marketing at Ameriprise Financial. 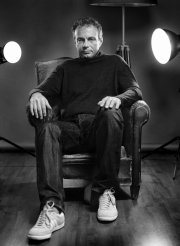 Director Reto Salimbeni has joined the roster of NY-based Collective. Salimnbeni has helmed more than 500 spots, for clients like Ikea, Panasonic, MTV and Pepsi. Outside of spots, Salimbeni also wrote and directed the 2007 thriller One Way and 2002's The Day I Was My Father.

Composer Jeremy Turner has joined Bigfoote Music + Sound and is the first new member to join the company in 12 years. His spot credits include Geico's "Wabbits" and Google's "Parisian Love" Super Bowl spot. A seasoned orchestra performer, Turner has served as assistant principal cello for the Metropolitan Opera Orchestra for 14 seasons. He's also performed with a number of top recording artists, including Sufjan Stevens, David Byrne and My Morning Jacket. He's also a singer, guitarist and keyboardist and released the album Circles Are Landing in 2006.