People news from The Mill, Campfire and more

The Mill L.A. has made three new senior appointments. Stephen Venning joins as executive producer/new business, having spent the past ten years as an executive producer at The Mill London where projects included this year's Nike Cannes Grand Prix-winning 'Write the Future'. He will head up the company's newly formed Design and Creative Direction arm. Tim Davies joins as a VFX supervisor/lead flame artist. He has worked on staff at shops such as Digital Pictures Sydney and more recently, Asylum Visual Effects, where he helped to develop its commercials division. LaRue Anderson joins as producer, Telecine, producing all projects for the office's new Telecine division headed up by colorist Adam Scott. She has previously worked in posts including freelance head of Post Production at both Arcade Edit and @radical.media L.A. She also spent six years on staff at Outpost Digital Editorial. 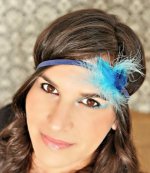 Ilene Joel has joined Campfire as art director, reporting to partner & chief creative officer Mike Monello. She joins from VML/Y&R in New York, where she was an art director. Joel launched her career at G2 Interactive (Grey Group) in New York. and has served as an art director on brands including Hershey's, Accenture, Goldman Sachs, M&Ms. Mars, Campbell's and Brookfield Zoo.

Brooklyn-based Transistor Studios, headed up by partner/ EP Damon Meena (pictured, far left) and partner/ECD James Price (second from left) is opening an office in Melbourne, Australia, which will be manned by Australian-born Price. Transistor recently promoted Aaron Baumle (far right) who has been with the company for nine years, to creative director, as well as Jamie Rockaway (second from right) to associate creative director; both will help Meena hold down the North American operation. Transistor has been responsible for recent spots for Hewlett-Packard, Sony, Sprint, BBC and Kraken Rum. 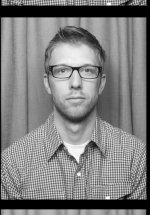 Leo Burnett Chicago has hired Alex Fuller, who was most recently at Ogilvy & Mather, as design director. He is founder of The Post Family, an art and design collective, blog, gallery, store and website from Chicago, where he is a graphic designer and one of seven partners of the five-year-old company. He has worked with clients Wired Magazine, Gatorade and UPS, and his work has included designing posters for the Dalai Lama. 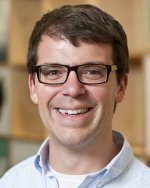 Colle+McVoy has hired Jeffery Bennett as creative technology director, a new position. Prior to joining Colle+McVoy, he was technical director and partner at Proto in San Francisco and previously served as an engineer at the Yahoo! Research Lab in Berkeley. He was also a senior developer at EVB, has presented at SXSW Interactive multiple times, has written for TechCrunch, has been awarded several technology patents and helped organize the TechCrunch Disrupt SF Hackathon.

Montreal-based audio and VFX house Boogie Studio has made a series of new hires, all joining from Technicolor Montreal. The team now include's producer/business development manager Patrice Cormier, online assistant/color artist Cristel Bergeron and online editor and visual effects artist Cadie Desmeules-Desbiens, all formerly with Technicolor Montreal's commercial/VFX division, as well as colorist Gary Chuntz. Chuntz was senior colorist at The Moving Picture Company in London and at Command Post/Toybox in Toronto and was a co-founder of Notch, one of Canada's first boutique post houses, before serving as senior colorist at Technicolor Montreal. 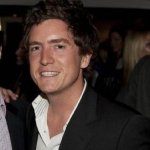 StrawberryFrog New York has appointed James McKinnon as business director for the Jim Beam account. Prior to StrawberryFrog, he worked on the Foster's beverage business in Australia, managing communications for Corona, Stella Artois, Victoria Bitter, Cougar Bourbon and Matilda bay Brewing Company. For Corona, he created the 'From Where You'd Rather Be' campaign adopted by markets across the world.