Modernista! has promoted Matt Howell to president and Alex Hesz to managing director. Howell has worked on brands from Sony to Prada to Nike and Ericsson. He arrived at Modernista! as chief interactive officer, where his first act was to dissolve the interactive-practice group, integrating interactive thinking into the heart of the agency's offering. Howell had previously been a group director at R/GA. Hesz joined Modernista! as client services director in June 2010. He was previously at DDB London, where he ran the Nestle UK business and the Guardian newspaper's digital account. While at BBH, Hesz oversaw brands including British Airways and Johnnie Walker, and worked on two campaigns recognized with Cannes Gold Lion awards. He is the author of "Guilt Trip," a book about brands and corporate responsibility that resulted in a cover feature he authored for Marketing Week. Howell and Hesz will sit alongside Sebastian Gard, Director of Social Media, and creative directors Davi Liu and Xavier Teo as part of a flat management team. Founders/ECDs Lance Jense and Gary Koepke will continue to lead the agency's creative. 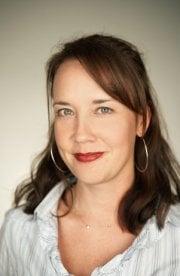 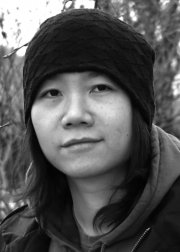 R/GA has appointed Chuck Tso executive creative director in its agency's New York office. Over his 12-year career, Tso has created award-winning work for FedEx, Monster, eBay, Guinness, Pepsi, Volvo, New Balance, BBC World, Unilever, Red Stripe, Evian and Havaianas, among others. Notable campaigns include the Gold Lion-winning BBC World News outdoor campaign, the 2008 Monster.com rebrand campaign (which his "Daybreak" commercial was a part of), and the Havaianas United States integrated launch campaign. He has been honored at Cannes Lions, The One Show, ADC, CLIO Awards and the ANDY Awards, and in 2008, The Won Report, ranked Tso the second most-awarded art director in the world. Prior to joining R/GA, he was a creative director at DDB, and also spent five years at BBDO. 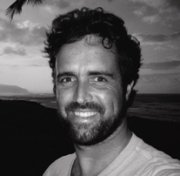 La Comunidad has appointed Rodrigo Butori to creative director. Before joining La Comunidad, Butori was an associate creative director at David&Goliath. Prior to that, he worked as an ACD at Ground Zero Advertising and at TBWA/Chiat/Day. He has worked on multi-national brands including Toyota, Ford Motors, Dannon, Colgate, P&G, Johnson & Johnson, Heineken, VISA, Kia and InBev.

Digitas' brand content unit The Third Act has hired Paul Kontonis, Eric Korsh and Teal Newland as VPs, group directors, content strategy and development. Kontonis was previously senior VP-branded entertainment of MATTER, an Edelman entertainment and sports-marketing company. Additionally, he co-founded For Your Imagination (2007), a web video studio that developed, produced and promoted original web series. Korsh joins The Third Act after working as chief operating officer of Scout Productions ("Queer Eye for the Straight Guy, Big Ideas for a Small Planet, How to Get the Guy"), GM/EP of Emmy-winning series "Sox Appeal," and producing commercial and web content across the U.S. Newland was formerly commercial director for 60Frames Entertainment, an independent content studio developing original programming for brand integration and digital distribution, where she worked with a portfolio of content creators including Joel & Ethan Coen, John and Scott Burns. Before joining 60Frames, she spent six years with Microsoft in global sales management across the company's European and US offices. Her last role, based in London, was head of multinational sales.

U.S. directing duo Sniper Twins, aka Barry Flanagan and Dax Martinez-Vargas, have signed with Independent for commercial representation. Sniper Twins' first video, Computer Friend, snagged over 700,000 views on Youtube, and more recently they created a music video for Hershey's, "Chocolate Shoppe." The pair write, sing and star in their own videos. Since 2004 they have been working at MTV as creative directors, where they write and shoot promos, such as the recent slow-motion comedy spot for MTV sitcom "The Hard Times of RJ Berger."

Spike DDB has tapped Dabo Ch? as executive creative director and Catherine Nunez as director of account services. Ch? comes to Spike DDB from the UniWorld Group, where he was the general creative director on Ford and, before that, worked on brands including Mountain Dew, Pepsi, Ford and Burger King. Prior to joining UniWorld, he worked at FCB Chicago with clients including Coors Light, Blockbuster Music, Gatorade and Sun Drop Soda. Nunez joins Spike DDB from Latinvox, where she was an account director. During her career at agencies D'Arcy, Lowe, Global Hue and Latinvox, she worked on clients including Verizon Wireless, Citigroup, Procter and Gamble, Volkswagen, Audi, Unilever and Fifth Third Bank. Chevrolet has just named Spike DDB its African-American agency of record.

Strange Beast has signed PepperMelon, the Argentinian directing collective, for representation in Europe and North America. PepperMelon was founded by Tomas Garcia and Fernando Sarmiento in 2007 and today includes a growing team of multi-skilled designers and animators who work in a variety of styles. Most recently, PepperMelon has created films for clients such as The Guardian, Shots, Fox, MySpace and MTV. 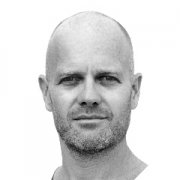 Synthetic Pictures has hired Simon Barrett as its new L.A.-based executive producer. Mr. Barrett comes from Independent Media, where he was head of sales. His advertising career began with the in-house agency/production company at LA Gear, where he worked his way up to manager of advertising, partnering with TBWA/Chiat/Day. He later moved to the freelance world of line producing to work with noted directors such as Tony Kaye, Jeffery Plansker and Floria Sigismondi. 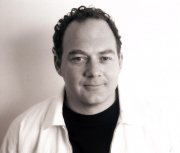 Chelsea has signed VFX specialist Bruce Hunt. Hunt's commercial client list includes Visa, Toyota, Lexus, Nintendo, Volkswagen, Panasonic and Hyundai, in addition to a Tourism Australia project with Baz Luhrman. He has been named Director of the Year four times in Australia for his spot work. He was also the second-unit director on "The Matrix" and "Dark City," and was also involved in both "Matrix" movies and the film "Australia." His directorial debut was "The Cave," and he mostly recently worked on Guillermo del Toro's "Don't Be Afraid of the Dark." 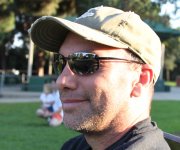 Spot Welders has added editor Livio Sanchez. Mr. Sanchez, who edited the original Budweiser "Wassup" spot, began his career at Mad River Post, where he worked on a Miller Lite package. From there his career progressed from eight years at the Whitehouse and then Final Cut, before Filmcore (now Beast) in 2007. During this time, he has amassed various awards including a Cannes Gold Lion, AICP, AICE, MVPA and D&AD. Most recently Mr. Sanchez cut the much-publicized "Wilderness Downtown," an HTML5 film by Chris Milk, for the band Arcade Fire.

Saville Productions has inked a deal with visual-effects and 3-D director Alessandro Pacciani for exclusive representation in commercials in the U.S market. Mr. Pacciani's work has been featured in commercials for international brands such as Audi, Subaru, Nike, Arena, Google and Universal Music. He was a finalist at the Hollywood Awards in 2005 and was honored with the UNESCO Award for his shorts.

Minneapolis-based agency Mono has hired new team members as it continues to expand. New hires include creative Bill Lee, who joins from Carmichael Lynch and previously worked at Wieden & Kennedy and One and All; creative Kevin Dunleavy, who comes to the shop from The Martin Agency, where he wrote headlines for The Onion and national TV spots for Geico; account director Laura Hoey, who most recently lead the client-services team at Schematic; and project leader Kelly Roberts, who comes to Mono from Carmichael Lynch, where past clients included Subaru, Northwest Airlines and Harley-Davidson.