Tim Roper, former CP+B ECD on Hulu, has departed the agency. Roper had steered the shop's Hulu work, starring celebrities like Alec Baldwin and Seth McFarlane and more recently, SuperBowl and Oscar spots starring Will Arnett, which he also directed. Now, his "primary goal is directing, plus whatever writing opportunities present themselves-wearing as many hats as any collaborator will let me,' he says. "And I want to get my hands on as much entertainment content as I can." 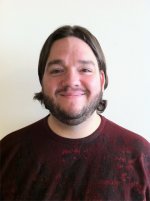 Rob DiFondi is to rejoin Sound Lounge as a mixer following a three year stint at audioEngine. DiFondi began his career in production and post-production at Sound Lounge in 1999. He became a mixer in 2002, working with agencies such as Crispin Porter Bogusky, Anomaly, Google Creative Labs, McGarry Bowen, Modernista!, Nicebigbrain, BBH, Saatchi & Saatchi and Hill Holiday.