Culbertson is also the founder of AgencyScoop.com, a social networking site for advertising professionals, as well as Ad Battle, a Facebook app the lets users view and vote on print and TV ads submitted by others. At Atmosphere, Culbertson had been a senior art director and worked on Citibank, Bud Light, Target, Hertz and AT&T.

Tom Blackett has been named Chairman of the U.K. office of Siegel+Gale. He last served as group deputy chairman of Interbrand, where he worked for 25 years working in corporate and product brand development for the firm's clients around the globe.

Cheil USA has signed Luis Acevedo as creative director at its Dallas office. Acevedo was previously at the Richards Group in Dallas and his previous projects include work for Fruit of the Loom, Hyundai Motor, Sub-Zero/Wolf and Faberge, among others. 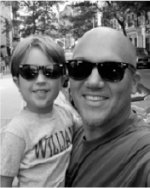 Directing collective H5, the trio behind the Logorama short film, have parted ways. Members Francois Alaux and Herve de Crecy will remain together as a duo, represented out of Little Minx, while Ludovic Houpain will keep the H5 name. 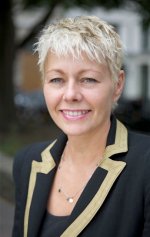 Directing collective AB/CD/CD, which recently signed to Paranoid for U.S. representation, is now repped out of Rokkit in the U.K.

Chris Staves, founder of Psyop sibling shop MassMarket, has joined PostPanic as director and head of VFX. Prior to MassMarket, Staves was also a co-founder of VFX shop Method.

Danish director Adam Hashemi has signed to Furlined for Stateside representation. He will be repped out of Streetgang Films for music videos.