Mullen has hired Paul Foulkes as group creative director in the agency's newly opened San Francisco office. Foulkes joins Mullen from Venables Bell & Partners, where he was global creative director for Intel and creative director on Google Maps. His previous agency credits include BBH/NY, where he worked on Levi's and LG, and Goodby Silverstein, where he worked on Comcast and HP. Foulkes, who has earned industry awards, including One Show, Cannes and Art Director's Club, will be based in San Francisco, but work closely with teams based in Mullen's Boston headquarters. In particular he will play a key role on the agency's Google account, including the recently added Google Play brand, which he helped the agency pitch and win.

Anthony Roman has joined music production company Black Iris as music supervisor. Roman, who will head up Black Iris' newly launched music supervision arm, based out of Brooklyn, NY, has 20 years of music industry experience as performer (for NYC band Radio 4) composer, producer, and music supervisor. He has scored and music-supervised film, television, and commercial projects for clients including Mitsubishi, Coca-Cola, Microsoft, Nike, TriBeCa Films, FX, and Law and Order: SVU. Most recently, he was music supervisor for Ira Glass' stage version of This American Life. Black Iris has other studios in Los Angeles, CA, and Richmond, VA. 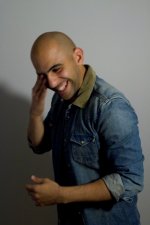 Leo Burnett Sydney has appointed Zaid Al-Asady to the role of creative/art director. Al-Asady joins from Mother London, where he was involved in the agency's Beck's Green Box Project, as well as working on accounts including Stella Artois and Ikea. Prior to that, he was a creative/art director at Wieden+Kennedy, London, working on integrated campaigns for brands such as Nike and Nokia.

Boston production company Element Productions has moved into a new facility in the city's Back Bay. Its new space includes four fully-equipped editing suites, including a finishing suite for color correction and online; a common area and directors' loft; an insert studio, allowing clients to shoot content on-site, and edit stations for web and long-form content. The company has served Boston's creative community since 1998 under CEO/executive producer Eran Lobel. 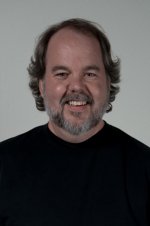 Sydney and Los Angeles based visual effects and animation studio Animal Logic has named Rob Coleman as head of animation. Coleman spent 14 years at Industrial Light & Magic and Lucasfilm Animation working closely with George Lucas, and is a two time Oscar nominee for his animation work on Star Wars: The Phantom Menace and Star Wars: Attack of the Clones. He has also been nominated for two BAFTA Awards. He was most recently animation director on Happy Feet Two.