Mullen has hired art director and copywriter duo Blake Kidder and Patrick Almaguer as creative directors. The pair join Mullen from David&Goliath in Los Angeles, where they were associate creative directors on Carl's Jr. and Hardee's. They were previously with TBWAChiatDay in LA, where they served as associate creative directors on Activision's Call of Duty, Nissan and Gatorade. Kidder and Almaguer also spent a year at Wieden + Kennedy in Amsterdam working on Nike, Coke Zero and EA. Their work There's a Soldier in All of Us for the Call of Duty: Black Ops video game launch, the Sony PlayStation3 launch campaign and the Nissan Leaf Polar Bear spot. Kidder and Almaguer have received an Emmy Nomination and have been award winners at The One Show, Cannes, Clios, CA, Andys, Archive, Beldings, ADDYs, Shark Awards, Epicas and LIAA. 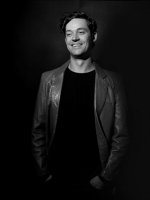 Evolution Bureau (EVB) in San Francisco has hired Dan Hofstadter and Ricard Valero as associate creative directors. Hofstadter and Valero come to EVB from BBDO San Francisco, where they served as a creative team on accounts for Mars (Cesar and Whiskas brands), Gallo wine and casinos (Harrah's, Flamingo, and Planet Hollywood). They will report directly to ECD Stephen Goldblatt. Hofstadter (left) has worked as a copywriter with clients including HP, Got Milk?, Mars, Comcast, Yahoo! and Washington Mutual at agencies including Leo Burnett, Chicago and Goodby Silverstein & Partners in San Francisco, where his Comcast creative earned him his second Cannes Lion. 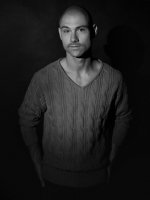 Valero (left) has worked as an art director on brands such as Volkswagen, Audi, Pizza Hut, Jagermeister, Fujitsu and Philips. Born and raised in Spain, he began his career at Havas unit Euro RSCG Madrid before heading to European shops Armando Testa, Y&R Milan and DDB Milan. His work has been recognized at Cannes, the CLIOs, The One Show and the London International Advertising Festival. 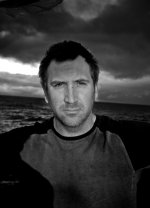 The Institute, Michael Bay and Scott Gardenhour's commercial production house, has signed Rupert Smith to its roster of directors. Smith is known as a director of Top Gear and has directed adventure series for the BBC, The Discovery Channel, NBC and, most recently, The History Channel. He was recently honored as one of BAFTA's Brits to Watch in 2011.

Producer Jennifer Golub is to head up a new Omnicom-backed content innovation studio, Let There Be Dragons, based in Los Angeles. The studio, which specializes in creating and promoting ideas and intellectual property for brands and direct to consumers, is a standalone Omnicom Inc. offering. TBWA/Chiat/Day Los Angeles' Lee Clow, Carisa Bianchi and Rob Schwartz all sit on the board as chairmen of Let There Be Dragons. Its first projects include a book, a film for Frank Gehry architects and a campaign for shelter dogs. The studio's office is housed in a former political campaigning bus (pictured).

Finch is to represent director Zach Merck for Australian and New Zealand productions. Based in LA, Merck has shot spots for clients including Cadillac, Dominos, Coca-Cola, Toohey's, Chevrolet and Volkswagen. His work has been recognized by the Directors Guild of America, Cannes Lions and the One Show Entertainment Awards.

Independent has signed director Mickey Smith to its roster. Smith has just finished doing the second unit for Rupert Saunders on Snow White and the Huntsman as well as touring with Ben Howard and directing his last promo "Only Love". He started his career as an underwater DOP and surf photographer when he was a teenager.