Ogilvy & Mather New York has hired Steve Howard as executive creative director with responsibility for its American Express account. Howard was previously global group creative director at TBWA/Chiat Day where he helped to create the Cannes Grand Prix-winning "Replay" series for Gatorade. He was at TBWA since 2006 and was also there from 1998 to 2000 before taking a four year detour to BBDO West. 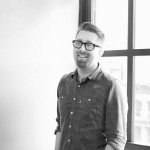 Independent Films has signed a number of directors including Guy Ritchie, Jared Hess, Seth Gordon and Pam Thomas, for UK representation. Ritchie has returned to the commercial world after taking a couple of years off to focus on feature films. Hess (Napoleon Dynamite and Nacho Libre) Gordon (director of King of Kong and Horrible Bosses) and Thomas (whose credits include Sex and the City and Desperate Housewives) have all joined following the recent set up of LA based company "Community Films", whose directors Matt Smukler and Michael Patrick Jann were already part of Independen's stable. 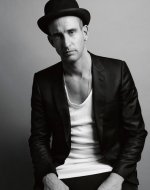 RESET is adding commercial, music video, TV and film director Johan Renck to its roster. He created a recent H&M spot starring Lana Del Rey and has directed work for Nike, Levi's, Audi, Perrier, Stella Artois, H&M, Valentino and Givenchy, and music videos for artists such as New Order, Madonna, Libertines and The Streets. His directing credits include several episodes of AMC shows Breaking Bad and The Walking Dead.

R/GA San Francisco has hired Michael Jefferson, Ari Nave, and Matt Nelson, as executive creative director, group planning director, and director, mobile & social platforms, respectively. Jefferson, who will join fellow ECD Rob Smiley to lead creative efforts across the office, was most recently as a creative director with Frog Design. Nave has previously worked at agencies such as Deutsch, McGarryBowen, and Ogilvy & Mather, while Nelson joins from Tribal DDB Worldwide where he was director, digital and social strategy. 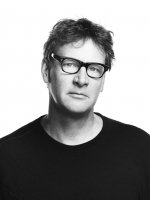 Chelsea has signed photographer turned director Craig Cutler for exclusive commercial representation. Cutler has worked on campaigns for brands including Mercedes-Benz , Bombay Gin, Chase, IBM and Starbucks. His work is held in private collections and has been exhibited at the Carnegie Museum of Pittsburgh.