Park Pictures has signed Seb Edwards for commercial representation in the U.S. Edwards is the director of the Nike campaign "Find Your Greatness" which is airing throughout the Olympics, as well as campaigns for brands such as HSBC, AT&T, VW, the British Army and Vodafone. Edwards, who starred as a child actor in John Boorman's "Hope and Glory", has also directed short films including 2011's "Friday" and recently directed the music video of James Blake's cover of the Joni Mitchell song "A Case of You," featuring actress Rebecca Hall. He was previously represented in the U.S. by Station Film. 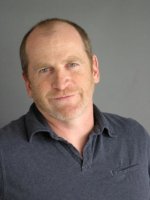 Kaboom productions has signed director/writer Erik Moe to its roster. Moe has worked as a copywriter and creative director at agencies such as DDB, Goodby, Silverstein & Partners, and TBWA/Chiat/Day and has directed spots for KFC, T-Mobile, Audi and others. He has written for TV and film, including feature films such as his Young Artie Feldman, which premiered at the Tribeca Film Festival. He is currently developing an animated series based on his semi-autobiographical illustrated novel "Tales of a Young Urban Failure".