Bicoastal/London-based Park Pictures has signed writer/director Tom McCarthy for commercial representation. The actor-turned-writer/director's original screenplay for Disney Pixar's Up, co-written with Pete Docter and Bob Peterson, received an Oscar nomination in 2009. He has also directed independent features The Visitor (2007) and The Station Agent (2003) and the recent Win Win, which was nominated for Best Original Screenplay by the Writer's Guild of America and the Independent Spirit Awards. As an actor, McCarthy starred in The Wire as well as films Flags of Our Fathers, Syriana, All the King's Men, Duplicity and The Lovely Bones. McCarthy has an ongoing overhead, development and production deal with Odd Lot Entertainment.

French agency Fred & Farid has opened an office in Shanghai devoted to mobile and social media. It will be headed by Feng Huang (right) the creative director who has worked with Fred & Farid for nearly ten years, and Gregoire Chalopin (left) who worked with Fred & Farid Paris before moving to China and joining TBWA/ Shanghai as its creative director. The office has already started working for clients within China including L'Oreal, LVMH, Pernod Ricard, Oxylane, Yves Rocher, Interparfums, Vicomte A and Chinese digital group Sohu.

Droga5 New York has promoted Ben Davies to head of broadcast production. Davies has worked for Droga 5 since 2011, on accounts including Prudential, PUMA and Method. Most recently, he produced the latest campaigns for Hennessy and Newcastle Brown Ale. Previous to Droga5, he was at Bartle Bogle Hegarty, London spending more than 10 years in its TV production department.

Milk & Honey Films has promoted Daniela Huml to executive producer and partner. Based out of the production services company's Los Angeles office, she has been with Milk & Honey Films for over seven years working with production companies such as B-Reel, Acne, and Non-Fiction. Recently, she has worked on productions for brands including Jeep, Volkswagen, Microsoft, Degree, Kohler, Southern Comfort, and Breitling, throughout the U.S., South America and Europe. 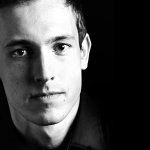 ParanoidUS has signed director John X Carey for US representation. Carey's achievements and nominations include AICP, CLIO, Art Directors Club and Cannes Young Director's Award, the latter for his PSA Voices From The Field for nonprofit organization Project Concern. His latest film, Illegal, is an official selection at the upcoming 2012 Austin Film Festival. Ad work includes a digital campaign for eBay through Digitas capturing intimate portraits of people using the website. 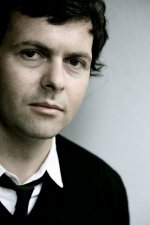 MTh (Motion Theory) has added director Guillaume de Fontenay to its roster. He has helmed spots for brands that include Pepsi, Bailey's, Honda, Dodge, Toyota, Kellogg's and more, and won multiple awards including a Grand Prix and two Gold Cassie Awards. De Fontenay has also designed large-scale exhibits including "Warhol Live," produced by the Montreal Museum of Fine Arts in partnership with the Andy Warhol Museum and the de Young Museum in San Francisco. He began working in advertising as an art director, and is also a set and furniture designer. 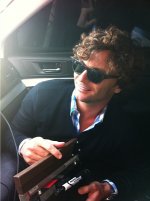 Station Film has signed Mark Gilbert for US representation. He has worked with BBH, Abbott Mead Vickers BBDO, Mother and DDB, and recent work includes spots for Kia through Publicis, Toronto. Other clients include IKEA, DirecTV, Marmite, Pepsi, Mentos, 7-U and Nicorette while his awards include Saatchi & Saatchi New Directors Showcase at Cannes, D&ADs, Clios and Andys.