Perfect Fools has hired Lotta Brugge as head of production. Brugge joins from Absolut, where she was senior manager interactive solutions, responsible for projects including the app 'Absolut Blank - Join the Creative Movement'; the 'Absolut Rumors' campaign; and the development of Absolut's global search strategy. Brugge has 15 years digital industry experience having started her career at Sweden's Spray, which later became a key part of Razorfish. Prior to Absolut, she was at MRM Starsky in Stockholm, where she was project manager on clients including SJ, SEB, Vattenfall, Lantmannen and Boxer. She has also worked at Lowe Tesch on Saab's global business; and at Intelligence, on assignments for Ericsson, Plan International and Telia Mobile.

Uber Content has signed comedy director Daniel Strange to its roster. Strange began his career as an editor, and moved into directing on Between Two Ferns with Zach Galifianakis. His work includes Funny or Die music video The Ballad of G.I. Joe, a web series for Ben Stiller's Red Hour Films (Stiller & Meara), and a ten-episode docu-reality comedy series for IFC (Commercial Kings), which he both directed and produced. His recent work has included a 22-spot web comedy campaign for Saatchi & Saatchi and Toyota's Rav 4.

NYC-based record label and production company Decon has hired Misha Louy as partner and executive producer. Louy has previously worked at BBDO and Droga5 on campaigns for UNICEF's Tap Project, Monster.com, eBay, Mars, AT&T, Mercedes-Benz, Arby's, Ad Council, and Rihanna's Reb'l Fleur fragrance. His role at Decon will be to expand its roster of directors and its offerings of global integrated campaigns. Decon has already worked with brands including Nike, HBO, Netflix, 2K Sports, P&G and Red Bull. 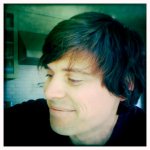 Nathan Petty has joined Whitehouse Post as an in-house editor in San Francisco, extending the company's West Coast reach to the Northern region. Based in San Francisco, Petty will be available for editorial with Whitehouse Post worldwide. He was previously a freelance editor, working on projects for shops such as Arcade, Final Cut, and Beast, and has worked as senior editor at the former San Francisco-based advertising agency Goldberg, Moser, O'Neill. Recent work includes a 'Got Chocolate Milk' campaign with Deutsch New York for the London Olympics 2012.

Film and TV editor Barry Alexander Brown has joined Nitrous. His work includes spots for Frito Lay, State Farm, Nike, BMW, Jaguar and Pepsi in the US, as well as commercials for Italia Telecom and Tourism for Turkey. Brown has been twice nominated for Academy Awards, and has worked on films including Crooklyn, 25th Hour, Malcolm X, Inside Man, Summer of Sam, Madonna: Truth or Dare, He Got Game, Do The Right Thing, and Bill Cunningham, New York.

Kim Christensen and Damian Wagner (pictured) have co-founded music and sound design studio Kickstand in Venice, California. Projects so far have included the video for OK GO's 'Needing Getting', the Chevy Sonic Super Bowl spot; Shock Top's End of the World spot, and sound designing David Guetta and Nikki Minaj's 'Turn Me On' music video. They have also worked on brand projects for Logitech, Exxon via The Martin Agency and music and sound design for the short film Streetcar by Pixar director Carlos Baena.