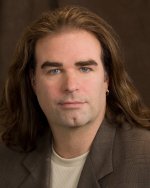 Publicis Mojo Sydney has promoted Pim Van Nunen (left) to head of art and appointed Ruth Belotti, who has been freelancing for the agency, to art director. Matthew Ryan also joins the creative department, after working at Crispin Porter + Bogusky in Boulder, and Goodby, Silverstein & Partners in San Francisco. Van Nunen, who joined Mojo late last year, previously worked most of his career in Amsterdam as a creative director for agencies including KesselsKramer, PMSvW/Y&R and TBWA/Neboko.

Crossroads Films has signed Katie Bell for representation in the UK and the US. Bell has worked with brands such as Muller, Unilever, Sagicor, KLM, Ribena, Procter & Gamble, B&Q, and Eurostar, as well as shooting music videos and working for MTV Europe for three years.


Live action production company Th2ng has signed Matthew Hope as a commercials director. Hope directed forthcoming thriller The Veteran, set for US release at the end of this month. His other feature films include The Vanguard and In The Field, a short film that was shown at the Harlem International Film Festival in New York.

Click 3X has signed Ed Einhorn as a creative editor following the launch of its audio post division, Sounds Like Click. Prior to joining Click 3X, Einhorn spent time at Red Car and Crew Cuts. He has worked with agencies including Droga5, MediaCom, Y&R, Saatchi & Saatchi, BBDO, Momentum, McCann Worldwide, and Virtue Worldwide.


Tool has appointed Rio Hernandez as head of feature film and TV development, a new role dedicated to securing opportunities for its roster. Hernandez previously worked as an agent at UTA, in a role ranged from representing writers and directors to signing key talent to servicing the agency's existing client base. Prior to that, she spent two years working as a creative executive for producer Barry Mendel, and she has also worked as a story analyst for the likes of Julia Roberts and Harvey Keitel.