Rabbit has signed comedy director Bobby Farrelly (Dumb & Dumber, There's Something About Mary, Hall Pass), for his first-ever commercial representation. Farrelly's debut as a commercial director was the Rabbit-produced, Super Bowl spot Thing Called Love for Samsung out of 72andSunny (pictured). His next feature film with his brother Peter will be The Three Stooges, starring Sean Hayes, Chris Diamantopoulos and Will Sasso, which opens April 13th.

Accomplice has signed director Otis to its roster. Otis, who earned his film degree from NYU's Tisch School of the Arts and workedin editing and graphic design before turning to directing, has helmed advertising projects for such clients as Dove, Hyundai, Neutrogena, Verizon, Crest and Barclay's Bank, as well as music videos.

Green Dot Films has signed director Robert Jitzmark, who comes to the LA-based company from Hungry Man. Jitzmark is also a partner at the Swedish production company Camp David, which he founded together with five other colleagues in 2003. His work includes spots for Mini Cooper, McDonald's PumaPeugeot, IKEA, Vybemobile (starring Snoop Dogg), Sony Playstation, Falcon Beer, Canal+ and MTV. His first spot for Green Dot is for the California Lottery out of David&Goliath. 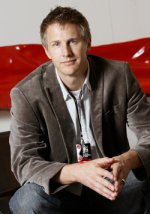 Futuristic Films has signed documentary director Daniel Junge to its roster. Junge, who is nominated for a 2012 Oscar for his film Saving Face in the Documentary Short category, has already completed a series of anti-smoking broadcast PSAs for the state of Wyoming and the branded film 'Why We Fly' for Frontier Airlines, for Futuristic . He is currently working on a CenturyLink commercial project for Futuristic. His feature films include: Chiefs, Iron Ladies of Liberia and They Killed Sister Dorothy.

Finch, the independent production company with offices in Sydney and Auckland, has signed director Alex Roberts for commercial representation. Roberts has worked with agencies such as Y&R New Zealand, Publicis Mojo, US Sydney and Clemenger BBDO on brands including 1300 Home Loans and Arnotts Shapes.

Sydney-based Fuel VFX has hired Kate Stenhouse and Samantha Daley (pictured, with the rest of the team) as senior producers on its commercials team. Stenhouse was most recently at production house Collider and has worked with Sydney's Animal Logic and The Mill in London for brands including Coca-Cola, Guinness and Dyson, and on campaigns such as Comcast 'Rabbit'. Daley has worked with studios including a.k.a. Cartoon and Pork & Beans in Canada, and at Sydney's Animal Logic and Kapow Pictures, on international campaigns including Lego Star Wars and Lifelock, and in Australia for Bird's Eye (3D), Qantas and Foxtel.

Digital studio Radium/Reel FX, (Santa Monica/Dallas) is officially re-branding under one name: Reel FX. The re-brand includes a complete logo and website makeover for the studio, and is the result of the continuing fusion of Radium and Reel FX that started in spring of 2007, when Reel FX acquired Radium. Reel FX will continue to operate in its current Santa Monica and Dallas spaces, and continue to produce and develop animation, VFX and design work for commercial, entertainment, live-venue/special attraction and interactive projects.