Y&R New York has hired Rick Liebling into the new position of creative culturalist, with a brief to provide clients with greater context and understanding of how people are creating and participating in culture. Prior to joining Y&R, Liebling served as director of digital strategy with Coyne PR, providing client counsel and working with accounts teams on brands including Burger King and General Mills. He has also worked at Dare on the Sony Ericsson account; and at Taylor, where as global director of client services he led initiatives for brands such as MasterCard, Guinness, Gillette, Johnnie Walker, Yahoo!, P&G and Allstate. Liebling has a blog, where he writes about culture and brands, and is a frequent contributor to online publications including Mashable and Social Media Today. 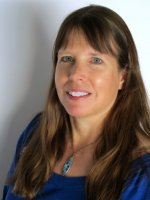 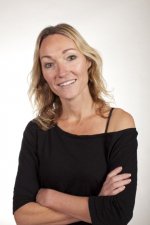 Grey Amsterdam has appointed Marika Zijp as creative director, replacing Colin Lamberton and Seyoan Vela, who both left this summer to Team Volvo and JWT Dubai respectively. Zijp was previously creative director at MRM Worldwide and McCann Amsterdam, and has worked for brands such as L'Oreal, Mastercard, Nescafe, Maestro, Weight Watchers and Opel. She will work closely with strategy director Paul Sijtsma, managing director Patrick Joore and digital director Peter Hoekstra, who all started at Grey Amsterdam earlier this year.


Pittsburgh-based full-service independent agency Brunner has named Rob Schapiro as executive creative director/content at the agency. Schapiro will share creative responsibilities with Jay Giesen, executive creative director/visual arts. Schapiro is joining Brunner after 14 years at the Martin Agency, where he was most recently senior vice president, creative director. At Martin, he was co-creative director on the global Saab business and directed the repositioning of Miller's MGD brand among other work. Prior to that, he held various creative positions at other agencies, including Ketchum Advertising in Pittsburgh, Earle Palmer Brown in Richmond and The Richards Group in Dallas.


Chicago-based Radar Studios has hired director AK and visual effects duo COPA. AK joins from South Africa, where he has directed almost 200 commercials for clients including Lemon Water. His work has been featured at D&AD in New York, Promax in London and Los Angeles, and the Cannes Advertising Awards. Alex Frisch and Vico Sharabani, the directorial and visual effects duo known as COPA, have together directed commercials for Chrysler, Levi's, Sony PlayStation, Michelob, and Exxon. Frisch was the co-founder of Method Studios in Los Angeles while Sharabani, formerly of New York's rhinofx, has made commercials for Mercedes, Nike, and AT&T in addition to television and music video work for Sex and the City and Kanye West.

Fuel VFX, based in Sydney, has appointed Ben Eagleton as head of colour. Eagleton has spent more than 20 years of his career specialising in colour management including for the past two years as group head of colour for Tag Worldwide based at Smoke & Mirrors New York. He now returns to Australia, where he founded BEAN, the world's first facility dedicated solely to data grading, in 2007. He has worked on commercial campaigns and music videos for directors Spike Lee, Gerard de Thame, Jake Scott, Chris Cunningham, Jonathan Glazer, Paul Hunter and 2010 Best Live Action Short Film Oscar winner Joachim Back.