Razorfish has hired Andrew Crow as vice president, Experience Design, for the agency's 500-plus West region. Crow comes on board from Adaptive Path, where he led design teams on projects for companies like The Gap, Zappos, HP, NASA and Warner Brothers.

72andSunny expands its creative leadership with the hiring of creative directors Mick DiMaria and Justin Hooper. Both were previously CDs at MZA, where they oversaw creative for Carl's Jr., Hardee's and Farmer John's. Their notable work includes the Carl's commercial featuring Paris Hilton devouring a Six Dollar Burger on a Bentley, written by DiMaria, as well as the Padma Lakshmi Western Bacon Cheeseburger spot, authored by Hooper.

Firstborn promoted Eric Decker (pictured) to the post of associate technical director. He joined the company in 2008 as a Flash Developer. Since then, he has worked for brands such as AirTran, SoBe, and most recently Doritos, on the Doritos.com re-launch. The company also promoted is Eric Eng to associate director of 3D. Eng joined Firstborn in 2007 as a motion designer and has worked on award winning campaigns including: Microsoft Zune's "You Make it You" and Nokia's "Music Almighty."

Production and post-production house Optimus announced today that ONE at Optimus has expanded its directorial team with the hire of director Otto Arsenault. Arsenault was the co-creator of PlasterCITY Digital Post, one of the first non-linear post-production studios in LA. He later moved into production and directed several music videos, including Matt and Kim's "Lessons Learned," which earned the 2009 MTV Music Video Award for Breakthrough Video.

Crush announced the addition of Julia Deakin to its Toronto office in the position of Senior Graphic Designer/VFX Artist. Deakin is best known for her work on the Dexter's Funhouse promo, for the Showtime series Dexter, on which she was visual effects co-director.

Spontaneous, a leading design and VFX studio, has signed Flame Artist Nikk Schlumpf to its New York team. Schlumpf joins Spontaneous from Version2 where he held the post of VFX Designer and Art Director, steering projects for agencies like BBDO, Saatchi & Saatchi and DDB. 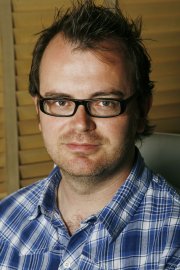 Method's Creative Finishing division has hired Aidan Thomas as senior smoke artist. Thomas comes from the UK's Golden Square Post and The Mill, where he worked on commercial campaigns for Intel, Levi's and Reebok, among others. His recent efforts at Method include the Nike "MVPuppets" campaign and the Nike "Goodbye Baseball" spot with Ken Griffey Jr. out of Wieden+Kennedy. Thomas is currently working on Crispin's ongoing ld Navy campaign.