Hornet is launching a digital production company named Bossa, based in New York. The company, whose name is Brazilian slang for doing something with particular charm, natural flair, or innate ability, is a partnership between Andrezza Valentin, Hans Weiss, and Hornet. Valentin, formerly a creative director at B-Reel, will serve as Bossa's creative director while Weiss, who will serve as Bossa's executive producer, was previously director of digital production at Havas Digital. He has over ten years of experience in software design, software engineering and digital advertising production. 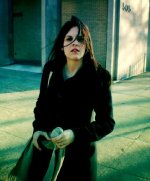 Editor Debbie McMurtrey has joined the roster of creative editorial company Red Car in New York. She joins from Cutting Room, where she has worked since 2010. McMurtrey launched her editing career at Crew Cuts in 1999, leaving in 2007 to help launch the New York office of Nomad Editorial, before joining Cutting Crew. She has cut campaigns for a clients including the NFL, Google, Mountain Dew, Pepsi, Comcast, the US Olympic Committee, and Gillette, while her broadcast credits include editing parody ads for NBC's 'Saturday Night Live' . Her recent commercial work includes a US Tennis Association spot promoting the 2011 US Open that featured First Lady Michelle Obama in a cameo role and a spot for the UNICEF Tap Project starring Selena Gomez. Her first Red Car project is for Google Creative Labs. 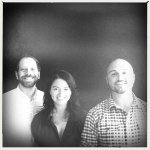