Saatchi & Saatchi NY has appointed Peter Moore Smith as executive vice president, executive creative director, working on the General Mills account. He previously ran the global account for Citibank at Publicis NY, and prior to that ran the Bank of America account at BBDO NY, where he was also a copywriter on accounts including Visa, Pepsi, GE, HBO, AOL, and FedEx. As well as winning awards, including the One Show Pencil, the Gold Lion, Addys, Andys and Clios, he is also a published novelist and screenplay writer.

Publicis Modem San Francisco has hired Alex Lyman as vice president and creative director on its global LG Mobile account. He will also contribute to business development, both for Publicis Modem SF and in partnership with Publicis & Hal Riney. Lyman joins directly from Goodby Silverstein & Partners in San Francisco where he helped drive creative on Adobe and HP as acd/senior art director. Before Goodby, Lyman was at AKQA working on Xbox and Nike. He has won awards including an Integrated Grand Prix at Cannes and Gold Integrated Award at the One Show. 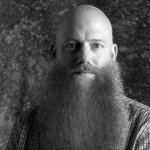 180 LA has hired Matthew Elhardt as creative director on its Boost Mobile and Sony Electronics accounts. Most recently, Elhardt was group creative director on Rubbermaid and First Energy Corp. at Carmichael Lynch in Minneapolis, and has also worked for 180 Amsterdam, Wieden + Kennedy Portland, Goodby, Silverstein & Partners San Francisco, TBWA/Chiat/Day and BBDO NY, as well as teaching at the Miami Ad School. He has won awards from One Show Interactive and One Show, Cannes, Webby, D&AD, Andy's and Clios.

Madheart, Los Angeles, has signed director Jonas Arnby for exclusive representation in the United States. The company will also serve as the U.S. representative for The Brainstormclub, the Munich-based creative collective, co-founded by Arnby, known for its controversial viral ads for such brands as Sony Ericsson, BMW, Beck's and HBO. Its viral BMW ad, in which a motorcycle is used to pull the cloth off a long table set with elegant dinnerware, won a Bronze Lion at the 2010 Cannes Festival. Arnby (pictured, far left, with creative producer Hondo Raktkovic, managing director Yves Peitzner and sales director Dalibor Tomasevic) is a Danish-born filmmaker who has worked with agencies across Europe and the United States for such brands as Sprite, Harley-Davidson, Peugeot, Quiksilver, TDC Mobile and McDonald's.