After opening offices in Montreal, Amsterdam and Paris, Sid Lee has launched in Toronto. The agency's management team will include Vito Piazza, managing director, a Sid Lee partner with over 11 years experience at the agency; VP Strategy Eric Alper, formerly Head of Strategy at Sid Lee Montreal and co-author of the book Conversational Capital; former Sid Lee Amsterdam CD Dave Roberts, who oversaw adidas Originals and adidas Fashion Group accounts and Vice-President Client Services Anthony Thomas, a 13-year veteran of the Toronto and Canadian agency business. The entire team is expected to grow to 50 professionals within the next 12 to 24 months and will serve long-standing Toronto clients that have been historically managed from the Montreal office, including Red Bull, Winners Merchants International and Kraft. Additionally, the Toronto office is in talks with multiple marketers and will soon announce several new clients.

Arnold Worldwide has made a promotion and four key hires at its Boston headquarters to upgrade its digital offering: Todd Vanderlin (pictured) has been promoted to director of creative technology. Vanderlin has been with Arnold for three years and founded the agency's R&D Lab, a department with a focus on designing and developing reactive and interactive experiences. Graham Cousens has joined as senior VP-director of digital production. He joins from Crispin Porter & Bogusky, where he was senior integrated producer and managed a multitude of digital initiatives for American Express and Activision brands. Prior to CP&B, Cousens spent nearly 10 years at DraftFCB, Chicago. Steve Caputo has come aboard as VP-creative director. Mr. Caputo spent seven years at R/GA leading teams and working across including Nokia, Nike, Sharp, Intel, Subaru and Chanel. Tom Morhous has been appointed VP-creative director, to primarily provide guidance on the Carnival account and for new business. He spent five years at AKQA, splitting his time between the digital agency's New York and London offices. While in New York, he was part of the team that created the Coca-Cola "Happiness Factory," which won a Cannes Cyber Lion, as well as numerous other awards. Additionally, Keith LaFerriere has been named VP-director of user experience, working across all accounts. Prior to Arnold, LaFerriere co-founded the company Visual Activity, LLC, which provides creative design, branding and user experience management services.

72andSunny has hired Cyndi Yee as culture and talent director. Yee has been a planning director at agencies such as Goodby, Kirshenbaum and Deutsch. She also is a practicing life/business coach.

Tom Hooper has joined international production house Smuggler for U.S. representation. Hooper wrote and directed the short film Painted Faces when he was 18 years old, and the film premiered at the London Film Festival, was given a theatrical release, and aired on Channel 4. In 2003, he received his first Emmy nomination for the revival of "Prime Suspect ? The Last Witness." In 2005, he worked on the Golden Globe and Emmy award-winning HBO/Channel 4 miniseries "Elizabeth." His latest film is the upcoming historical drama "The King's Speech," starring Colin Firth and Geoffrey Rush. 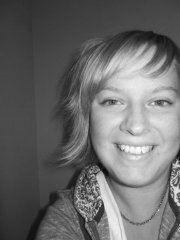 After joining forces with Hungry Man to represent their directors in Australia and New Zealand, Prodigy is now representing Taika Waititi. Mr. Waititi is known for his work on HBO comedy series "Flight Of The Conchords," and, in the commercials world, for his Pot Noodle campaign out of Mother in London. 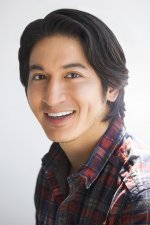 Art Machine, a design firm that's part of Trailer Park, has expanded into New York City. Art Machine's Julian Roca has been promoted to the newly created position of VP-live entertainment and will be based in the Manhattan office.

Los Angeles-based creative studio DUCK has signed Tiny Inventions, the Brooklyn-based, husband-and-wife directing team of Max Porter and Ru Kuwahata. Mr. Porter and Ms. Kuwahata have directed and produced TV commercials, music videos, PSAs, original television content, a large-scale toy line and independent films. They are known for their playful and humorous mixed-media animations and their work has been screened in more than 130 film festivals worldwide. 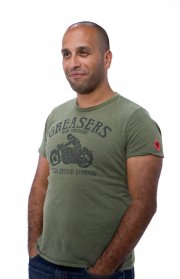 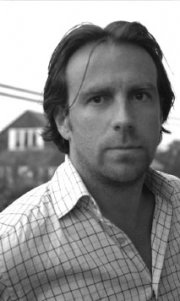 A Very Small Office (AVSO) has brought on director Jason Harrington for exclusive commercial representation in the U.S. Harrington, who will focus on beauty and lifestyle campaigns, recently created spots for Nivea's wide variety of products, including mascara, lipstick, foundation, deodorant, and men's after-shave balm. In his more than two decades of directing, he has worked with clients including BMW, Saab, Pfizer, Blue Cross Blue Shield, Dunlop, T.Rowe Price, Martini, Saturn, Toyota and Gatorade. His industry recognitions include awards from the British D&AD, BDA awards, Chicago International Television and Film Festival, the Mobius Advertising Awards, and the International Monitor Awards, among others. Prior to joining AVSO, Harrington directed via Believe Media. He also spent time at First Look, Huge Films, Academy, Propaganda Films, Tony Kaye Films, VH1/MTV and BBC Television.

Digital production company Pirata has hired two Dare employees: Stuart Peddie will work alongside current creative director Eduardo De Felipe as joint creative director, while Lee McGuffie joins as MD. Whilst starting his career at Profero, Peddie won multiple awards, including a Gold Cyber Lion, for his work on COI and Mini. He joined Dare in 2006 and helped win the Sony Europe account, which he ran alongside BMW and ITV. His campaign for Sony Bravia picked up One Show and Webby awards. McGuffie previously worked at Tribal DDB and AKQA before joining Dare in 2006. During his four years at Dare, he worked on the then new Vodafone account before moving to group account director in 2007. His most recent Dare project was to develop a U.S. footprint for the company in New York. 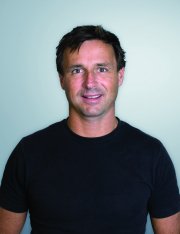 Saatchi & Saatchi Head of Production Heath Davy has been promoted to a new role as New Zealand director of operations and integrated production. The role is part of the agency's new direction, which includes an integrated creative department to better enable the delivery of content and ideas. Heath has been with Saatchi & Saatchi for three years and assumes his new role immediately.

Directors Henry Joost and Rel Schulman (known as Henry & Rel) have signed with Moxie Pictures for exclusive global representation for commercials and other forms of sponsored content. Henry & Rel have just released their film, the critically acclaimed, "Catfish," which is a true life story involving Facebook. "Catfish" was an official selection and the audience favorite of the Sundance Film Festival 2010. Henry & Rel have also produced and directed work for brands such as Nike, Sperry and American Express.

Directors Ben Orisich, Simon West and director-cameraman Michael Mieke have joined Wilfrid Park for Canadian representation. Mieke began his careeer as a feature film cinematographer in Germany, and soon thereafter became an international DP in the automotive world. He has since directed and done camera work commercials for car brands such as KIA, Nissan, BMW, VW and Mazda. Orisich spent the first 15 years of his career as an award-winning designer and flame artist. He is known for his IZOD campaign, which included the spot "In The Snow," one of two spots in the campaign that aired during the 2007 Super Bowl. West is known for directing the features "Con Air," "Lara Croft: Tomb Raider" and "The General's Daughter." He started his career directing award-winning commercials such as Budweiser "Frogs," Budweiser "Ants" and Pepsi "Boy in a Bottle." 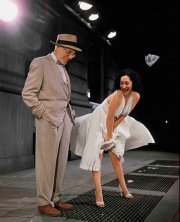 Nancy Vines and David Bernkopf have launched Stick-It, a company dedicated to "combobulation," a term they?ve coined to describe the creative process of digital placement and replacement of products and objects into existing content. Bernkopf began his advertising career as a director of photography, but shifted his focus to animation and special effects. He has worked as a 3-D artist and visual-effects supervisor at the leading VFX studios in New York City, including Quiet Man, Rhinofx and The Mill. Vines began her career as a TV producer at Y&R Hong Kong. From there she lent her expertise to New York agencies including BBDO, McCann-Erickson and Ogilvy. 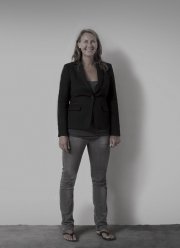 Amsterdam-based agency Twofish has appointed Ineke Meijer as its new creative director. A former creative director for Tribal DDB Amsterdam, she brings over a decade of digital experience spanning agencies from Clockwork to Saatchi & Saatchi. She has worked for brands including KLM, Achmea, Audi, Coca-Cola, and T-Mobile and is the recipient of two Webby Awards (2007 and 2008) and a Finalist Award in the New York Festivals (2008).

?ber Content has added director Eliot Rausch to its roster for U.S. commercial film representation. Mr. Rausch began his career as an editor and then as a motion designer working with clients such as Motorola, Cisco, Fox Sports, MTV, Nintendo, Boost Mobile, Red Bull, and NBC. His directorial work included campaigns for FUELtv and Bud Light. Mr. Rausch has his own production company Phos Pictures, and is currently working on his first feature-length documentary, "8 Lives" (working title).

Post-production company Splice has launched a new visual-effects division and welcomed VFX supervisor/flame artist Mark Youngren to its award-winning team. Youngren joins Splice from ILM (Industrial Light & Magic), where he contributed visual effects to such blockbusters as "Star Trek," "Transformers 2," "Pirates of the Caribbean: At World's End," "Indiana Jones and the Kingdom of the Crystal Skull," and "Terminator Salvation."