Stun Creative, the LA based production and advertising company has hired Cory Stern as vice president, development. Previously, Stern was director of development at Conan O'Brien's Conaco Productions and worked with Stun on the launch campaign for Conan on TBS. The hire comes as Stun expands its business beyond advertising and promotion into entertainment. 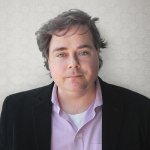 Charlie McKittrick has joined Mother New York as a senior strategist. McKittrick was previously at Ogilvy & Mather, where he spent 10 years and headed its 20 person marketing strategy practice. His role is to work in partnership with Phil Graham to bolster strategy at Mother.

Epoch Films has entered into a strategic partnership with independent film producer Anne Carey to expand its film and television operations. Carey, whose productions include The American, Adventureland and Savages, will help to grow Epoch's development slate, identifying, developing and producing projects for its roster of represented directors as well as outside filmmakers.


Little Minx has signed Sebastian Reed for US and UK representation. Swedish native Reed has directed over 150 commercials for clients that include IKEA, Reebok, Snickers, Nike, Pepsi, Puma, VW, Volvo, Mercedes and Mitsubishi. He became partner at Stockholm-based Camp David Films in 2002, and will continue his relationship with Camp David while pursuing music video and commercial work in the US and UK under the Little Minx banner.

Co Collective the New York based innovation collective, has hired Jacob Styburski as chief collaborator. He reports to Co-CEOs Ty Montague and Rosemarie Ryan, and his role is to lead innovation teams in the design of branded products, services and experiences for Co clients. Most recently, Styburski served as major account director for frog design.