Tool has appointed the videogame creator and Apple interactive specialist Graeme Devine to its roster as interactive director. Devine ran Apple's iOS gaming division before recently leaving to form GRL Games. At Tool, he will lead in the creation of the next generation of interactive stories and games for multi-touch / tablet projects within the advertising industry, specifically on the iPad and iPad2, supported by Tool's in-house digital team.

MASTERSFX, the character effects company specializing in film, television, and commercials, has appointed Steve Johnson with the title of Monster Maker in Residence. Johnson, who won an two Emmys, founded the company XFX and has worked on creating special effects for movies including The Abyss, Ghostbusters, Bicentennial Man, Species, and Spider-Man II.

Baldwin&, the Durham, N.C. creative agency, has appointed Hayley Reaver with the title of The Comet (titles at the agency are self- appointed). She will work as a copywriter on the agency's Burt's Bees and BMW accounts. Previously at Think Interactive, Atlanta, Reaver was the sole 2010 winner of the Radio Mercury Awards $5000 prize for student work.

London-based live action production company th2ng has signed two senior creatives from advertising and film, John Clive and David Johnson, to its directorial roster, plus short film director, Oscar Sharp. Clive is an award-winning copywriter and an authority on digital special effects, while Johnson was DP on Tube Tales, a collection of stories about everyday people on the London Underground, and has worked on music videos for artists such as Kasabian, Oasis, James Blunt, Sugababes, Leona Lewis, Pixie Lott and Adele. Sharp has won various awards for short films Best British Short at BITA in 2007 for his film Forna.

Splice Here, the Minneapolis post-production company, has appointed Matt Silver (left) as an editor and Steve Fait as a producer. Silver has previously worked at Bug Edit/L.A. and NY and Go Robot! N.Y. He has edited campaigns for such clients as Dunkin Donuts, Snickers, Carl's Jr., IBM, American Express, Chevy and Fidelity. 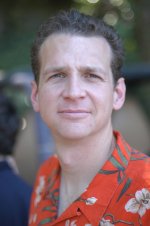 Fait, who joins Splice from ILM (Industrial, Light & Magic), has worked on feature films including The Last Airbender as well as working with gaming industry clients such as Sony Entertainment and Electronic Arts.