Oakley joined the agency in 1990 and previously served as GCD and worldwide CD on the American Airlines account. In his new role, he will oversee agency creative in both the Dallas and Austin offices. He'll also continue to work globally with McCann Worldgroup. His client creds include American Airlines, EDS, Bank of America, Budweiser and Exxon Mobile. 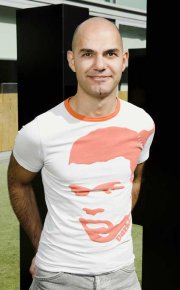 Adam Isidore has signed to The Mill N.Y. as executive producer of brand partnerships. Isidore's previous positions include VP/EP at Charlex, N.Y., where he worked on Verizon and VP/EP at BBDO/N.Y., where he oversaw production on Cingular Wireless. Isidore was also the founder of production company Red Barn Films, where he produced and directed short form films. 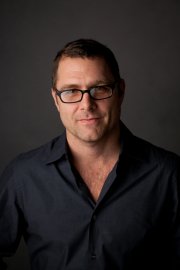 Industry production vet Dante Piacenza has been named executive producer at SFI, aka Simpson Films. Prior to joining SFI Piacenza had served as EVP/GM/EP at Elias Arts' New York office, and before that he was director of broadcast at Y&R/New York.

Motion design/integrated media company Bonfire, a sister company to Phoenix Editorial, has added new members to its staff. Associate Creative Director Barry Munsterteiger (pictured right) joins the firm after nearly eight years at Apple, where he worked as a creative director and played a key R&D role in developing iTunes LP and iTunes Extras. He also worked as a technical director and was the first hire in Apple's in-house motions graphics department. Kenji Hayashi (pictured left) is the company's new producer and technical advisor and will work at both Bonfire and Phoenix. He previously worked as EP at the Compression Group and as executive technical director/producer at Rough House Editorial. Animator and 3D artist Adam Oestergaard signs on as associate art director, after studying at Academy of Art, S.F. and North England's Cumbria Institute of the Arts. 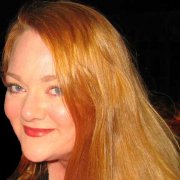 20-year ad vet Kara O'Neil Harris has launched Center-of-Everything.com, a directory of freelance broadcast and content producers in the Midwest. Harris' previous roles include senior producer at TBWA/Chiat/Day, Los Angeles and EP at Cramer-Krasselt. Last year she had also opened her own company, KOH Productions LLC, where she worked as a freelance producer. Her CV includes projects for PlayStation, Energizer and Apple.

Dentsu Holdings U.S.A. recently made executive-level promotions. Tim Andree, who previous served as President/CEO of Dentsu Holdings and before that was CEO, has neen named Chairman of Dentsu America. Will Travis will now be the agency's new CEO. Travis had joined the agency in 2008 as senior VP of business strategy and marketing. Former EVP/Executive Media Director Scott Daly becomes the Chief of Media. He will lead the network's media group and will be responsible for digital and media growth across Europe and the America. Former ATTIK USA president Ric Peralta moves to the role of CEO of Dentsu, ATTIK, LLC, a newly formed independent subsidiary of Dentsu Holdings USA.