Tool has added director J. J. Adler to its roster. Her portfolio includes the 2011 TV series and web series The Onion News Network on IFC, for which she was co-executive producer and director, as well as other segments for the series. Other work includes the short documentary Unattached, an exploration of the contemporary world of orthodox New York Jews, which won a Student Academy Award from the Academy of Motion Picture Arts and Sciences, and New Media, a short, dark comedy which premiered at the 2010 Sundance Film Festival. 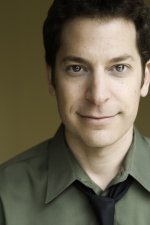 Superlounge has signed comedy director Richie Keen for representation in advertising/commercials. A former actor, Keen has previously directed spots for for Jeep and AT&T, as well as music videos, comedy shows and virals. Forthcoming ad projects for Superlounge by Keen will include XBox via AKQA/San Francisco and BillMyParents.com, by MasterCard, via Fishtank/San Diego. Meanwhile Keen is also directing In the Flow, a new sketch comedy show produced by Jamie Foxx that premieres in mid-August on FOX; Aim High, a web series about a high school hit man, which he co-created, co-wrote and executive produced with McG for Warner Brothers, and an episode of CBS' new sitcom How To Be a Gentleman.

Gravity, the creative, content and brand communications company with offices in New York, Los Angeles, and Tel Aviv, has named Roy Eventov as creative director for its Digital Group. He joins Gravity from MRM Worldwide, where he was vice president & director of design/CD and worked with such clients as Diageo, the U.S. Army and Nikon, founding the agency's video unit. His career has included co-founding Blue Goo, a design studio in Tel Aviv, and working as a designer with Me Company, a London design consultancy.